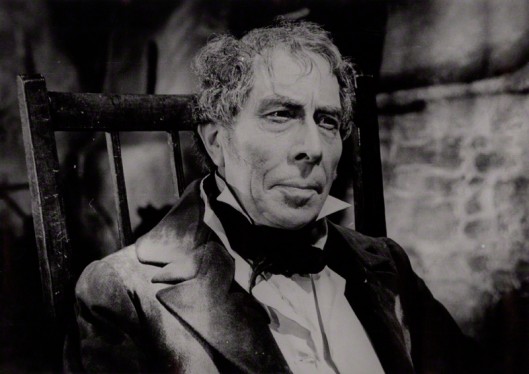 Frankly, we feel some movies are best left in obscurity.

Ever heard of The Iron Duke from 1934? No? There is a reason for that.

We hadn’t heard of this movie either, until last week. We thought we would benefit from an unknown British historical drama about the Duke of Wellington and how he took down Napoleon after the former French leader escaped from captivity.

Oh boy. How wrong we were!

This we understand: In 1934, the world had an uncertain outlook. Britain, like many other nations, was feeling the effects of the Great Depression; a suspiciously-busy Hitler was the new leader of Germany; and motion pictures were needed to buttress a nation’s spirits.

This we do not understand: Why is The Iron Duke so awful?

It could be the screenplay; it doesn’t seem to know what it’s supposed to do. Is the main goal Napoleon’s capture or downfall? Or is it about Wellington himself? Or his enemies? Or the scores of women who are madly in love with him? Or is it about World War I?

The film opens at the Congress of Vienna in 1815, a big meeting with all the “crowned heads” of Europe to discuss Napoleon’s capture and exile on the island of Elba. This meeting, along with another conference later in the film, seem like a combined 1919 Paris Peace Congress. In the movie meetings, European leaders discuss the unconditional surrender of Napoleon (Germany), reparation (Germany), and making sure Napoleon (Germany) can never be that powerful again.

Then! Napoleon escapes! Shock and horror ensue. Will he gather an army? Will he try to re-take the French throne?

The King of France is understandably fretful about this situation. Fortunately, his niece dispatches someone to re-capture Napoleon. But can this person beat the bossy Duke of Wellington (George Arliss) to it? Because the Duke is on Napoleon’s trail, too, when he’s not fending off women.

Here’s another thing about the script – it portrays Wellington as quite the philanderer. Arliss is an actor with distinct facial features (see photo), and his makeup seems weirdly overdone in some scenes. (What is WITH the lipstick!) As a result, it’s a bit tricky for us in our day to imagine the women of Europe fawning over him. Not only that, Arliss spouts some lines without a trace of irony: “It’s a mystery to me why the Creator wastes his time turning out ugly women.”

From here the script gets increasingly bad. In one scene, a jealous husband, freshly home from battle, shows up at the Duke’s house demanding to know why his wife wasn’t home to greet him. The wife suddenly appears from another room (where did she come from?) and describes, to her husband, her love for Arliss: “Call it reverence, if you will.” In the next breath, she tells her husband she loves him the most, and the poor slob actually believes her. This is the same girl who fainted when she met the Duke for the first time. Good gravy!

At this point we (as in, yours truly) wandered into the kitchen to make brownies.

However, the film is not without its merits. There is an impressively-staged battle with lots of extras and horses and artillery, much of it filmed out of doors. And, after the battle’s end, Arliss gives a touching portrayal of a sad and lonely commander who has lost too many of his men. He begins to weep as a soldier reads the roll call of the dead. It’s too bad such genuine moments are tainted with Arliss’ cringing melodramatics, where he looks slightly upwards and declares, “Except for defeat, there is nothing more tragic than a great victory.”

We realize we were not very kind about this movie. But we only have your best interests at heart, Dear Reader. We would not want you to sully your movie-watching schedule with this fare. If you still insist upon watching The Iron Duke, well, don’t say you weren’t warned.