How to Railroad a Con Man into a Life of Piety 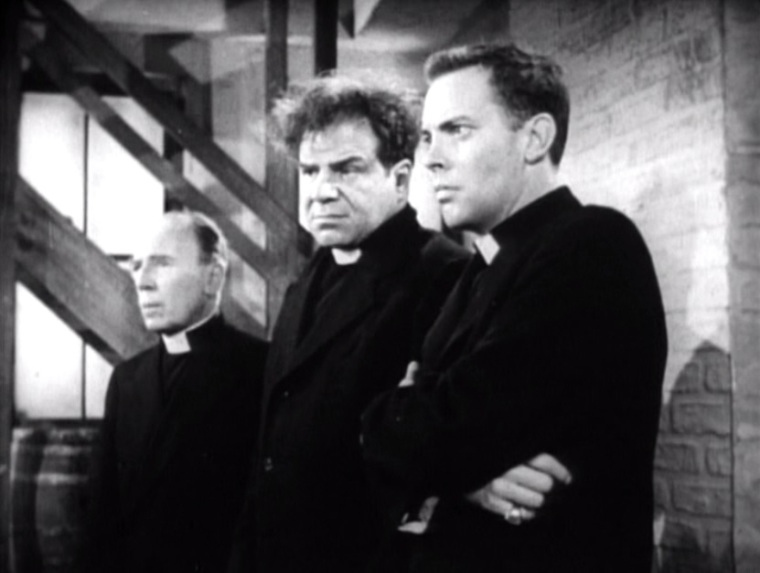 Here’s a film that emphasizes the importance of casting.

St. Benny the Dip (1951) is a Poverty Row (low-budget) film about three crooks who pretend to be clergymen to escape the Law. It has a terrific premise, as well as a good director in Edgar G. Ulmer, a filmmaker with a lengthy career that includes the noir classic, Detour.

(In case you’re wondering: “The Dip” in St. Benny the Dip means “pickpocket”. There’s a bit of irony for you.)

However, all the wonderful elements in this film can’t disguise uneven casting.

Let’s back up a bit. When three crooks try to extort a married gambler, they inadvertently tip off the police. Their getaway leads them to a church, where they find three newly-cleaned cassocks in the basement.

The senior clergyman (Dick Gordon) quickly grasps the situation and, in a nod to Victor Hugo’s Les Misérables, he allows the crooks to keep the cassocks. He feels the police detective chasing them is too angry, and “angry men are seldom responsible servants of justice.” He also says the crooks must now escape from “the cloth”, as well as the police.

Indeed, the rest of the film explores the men’s struggle with Good and Evil. 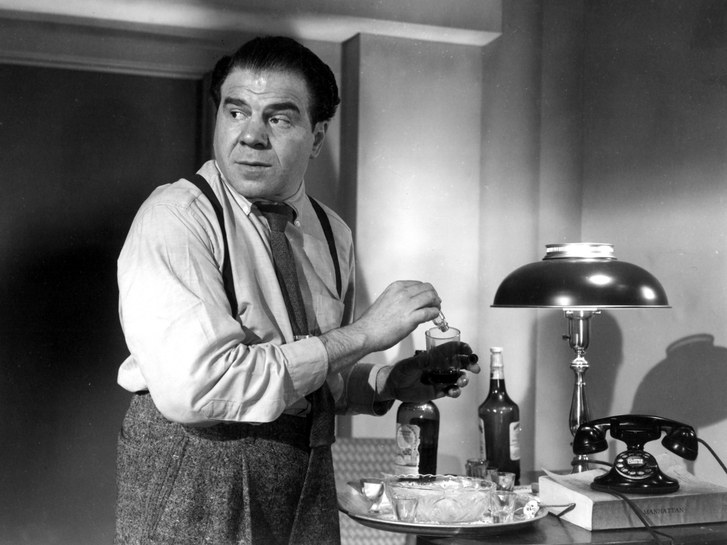 Spiking drinks to fleece a mark. Image: The New Yorker

Here’s how the crooks fall victim to the greatest con of their lives.

When they escape from the church, the cassock-clad swindlers seek temporary shelter in an abandoned mission. A neighbourhood policeman, who ain’t as stupid as he looks, tells the men he’s happy they’re re-opening the soup kitchen. By the next morning, this beat cop has recruited volunteer cleaners and taken up a donation for supplies.

To put it simply, our con men are railroaded into a life of piety.

So, who are these crooks, anyway?

Let’s start with (Oscar-nominated) Roland Young, an unlikely member of the trio; he’s older, carefully groomed man with a swish British accent. As he becomes more involved with the day-to-day running of the mission, he finds genuine meaning in his work.

The second member of the trio is Lionel Stander (see above photo), a real Mug with a gravelly voice and menacing physique. He throws his weight around: If someone in the soup line is a little pushy, he threatens to throw the offender outside without first opening the door. This from a man in priestly garb.

But Stander has a marshmallow centre. He begins to re-evaluate his life and his relationship with his wife and children, whom he deserted years before.

The last member of this gang, and the man with top billing, is Dick Haymes, a popular crooner in the 1940s and 1950s.

In this film, Haymes’s character is the only one not transformed by the work of the mission. His New Direction in Life comes in the form of Nina Foch, an illustrator who falls in love with him. 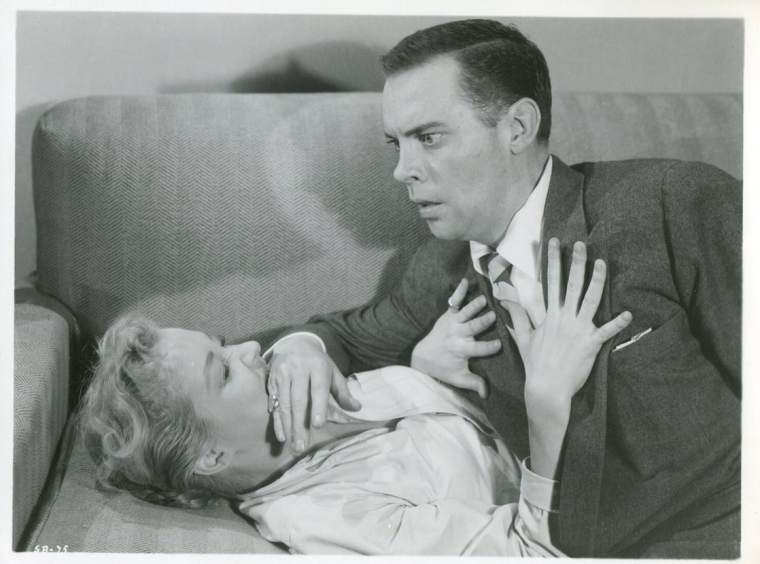 Unfortunately for all, Haymes is not a charismatic leading man. Although he is a talented singer, in our opinion he’s a one-note actor. He’s unlikeable and, frankly, he and Foch have little chemistry. We wonder what she sees in him.

Haymes makes an excellent thug, but not an auspicious fiancé. Sometimes you just want to thwack him on the back of the head.

Despite its economical budget, St. Benny the Dip was filmed in New York, which gives it texture. Young and Stander are fabulous in this film; they’re witty and surprisingly pliable, and we can’t help but cheer for them.

This also marks actor Freddie Bartholomew‘s final film performance. Bartholomew was a popular child actor in the 1930s, starring in films such as Captains Courageous and Little Lord Fauntleroy. His role in this film is not illustrious; it’s an anti-climatic ending to a once-notable film career.

St. Benny the Dip is an uplifting film with funny scenes and a positive message to Do Good Unto Others. Just don’t expect too much from some of the cast members.

Disclosure: The Film Detective sent us a link in exchange for an unbiased review.