This post is part of the Fabulous Films of the 1940s Blogathon, hosted by the Classic Movie Blog Association. It runs February 17-23, 2013. 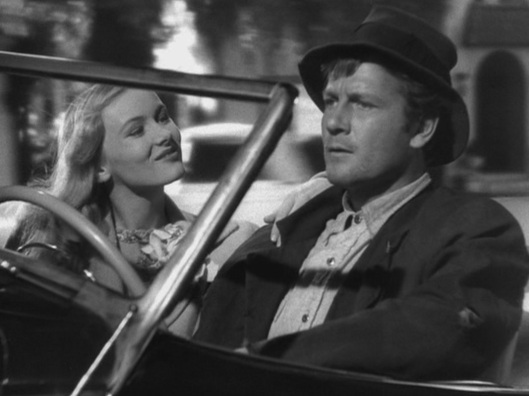 We’ve been mulling the notion of being a good person ever since we screened Sullivan’s Travels, a 1941 comedy written and directed by the screwball comedy maestro, Preston Sturges.

Sullivan’s Travels is the tale of idealistic Hollywood director John L. Sullivan (Joel McCrea), who wants to make a Meaningful film about Suffering. He’s bought the rights to O Brother, Where Art Thou? and is determined to make an opus on anguish. Problem is, with his privileged background, an Ivy League education and stacks of money in the bank, he doesn’t really know what suffering is.

McCrea decides the only way to experience affliction is to don roughed-up clothes and hitchhike through Depression-hardened America. He wants to see the disadvantaged and get a taste of life on the other side.

But he runs into another problem when every mode of transportation he chooses unfailingly brings him back to Hollywood.

During his travels, McCrea meets a broke and disillusioned actress (Veronica Lake), who can’t get out of Hollywood fast enough. She’s finished with show business, she tells him, and she’s headed home. But she smells adventure in the wind and persuades McCrea to take her with him.

Even though Sullivan’s Travels is comedy with laugh-out-loud lines, it also has thought-provoking messages. In one scene, McCrea and Lake spend a night in a homeless shelter, where McCrea’s shoes are stolen. You then realize how much of life depends on a single pair of shoes.

In another scene, McCrea is knocked unconscious and his money stolen. This is after he has given donations to various homeless folks so they can have a warm meal or find a warm place to sleep. This is where you are reminded of how quickly the value of human life plummets in desperate circumstances.

These are the scenes that make us want to be better people and to try, in our own way, to make the world a better place. Through laughter, Sturges packs a social-activist punch that we never see coming.

The role of movie director Sullivan was written specifically for McCrea. Sullivan’s vaguely cynical worldview and his desire to help his fellow man fits McCrea like a well-worn sweater. McCrea, whom we always find extremely likable, is appealing as an everyman trapped in a rich man’s circumstances – if such statement even makes sense.

McCrea’s co-star, Veronica Lake, had a reputation in Hollywood for becoming increasingly disliked by her colleagues as filming progressed on just about any movie, but as a fan we couldn’t care less. Lake is charming and funny in this film, and has terrific chemistry with McCrea.

If you haven’t seen Sullivan’s Travels, we urge you to do so. It’s a wonderfully uplifting film that will try, as much as it is able, to make good citizens of us all. 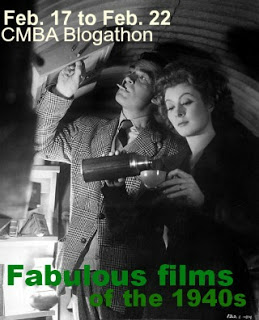