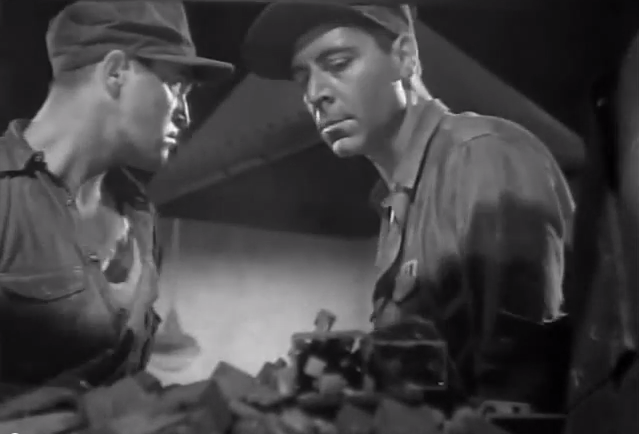 Okay, crime is always big business but during the early 1930s, movie audiences couldn’t get enough of sneering criminals. Perhaps it was an emotional purging – it was the Depression after all.

Warner Bros. were the Kings of the Gangster Pictures, and they certainly knew how it was done. A good gangster picture is more than blasting guns and squealing tires. It’s tense and mean in character and plot.

It’s only natural that other studios would want to make gangster pictures. Even MGM dabbled in the genre – 1935’s Public Hero #1 being one example.

Don’t get us wrong. It’s not that MGM shouldn’t – or couldn’t – make a good gangster picture. It’s just there were times that MGM couldn’t help itself from being so…MGM-ish.

Let’s look at Public Hero #1 to show you what we mean.

THE TITLE
The phrase “Public Enemy No. 1” became popular in the 1930s. It was famously used in reference to Al Capone and John Dillinger, among others. In 1931, Warner Bros. released The Public Enemy, a film about an ambitious Chicago gangster. (The film was criticized for glamorizing crime.) In response, MGM released Public Hero #1 in 1935.

Memo to MGM: The title is almost a parody of itself; it makes us think we’re in for a Preston Sturges treat. A gangster picture must be soaked in Attitude, especially its title.

THE OPENING
Public Hero starts with promise. The main character (Chester Morris) in prison, and he’s always griping about something, e.g. “You ain’t got enough screws in this joint to keep my mouth shut!”

Good stuff, right? Watch as Morris starts a food fight in the prison cafeteria, befriends the kingpin of a vicious gang, and beaks off at the prison warden.

Memo to MGM: The prison warden is Lewis Stone? He’s too soft for this gig. Someone’s likely to plug him when he ain’t looking.

THE LOVE INTEREST
After escaping from prison, Morris meets Jean Arthur, who is funny and smart alec-y like she always is. The scenes of Arthur and Morris falling in love are charming and amusing; you start wishing the movie was about the romance instead. 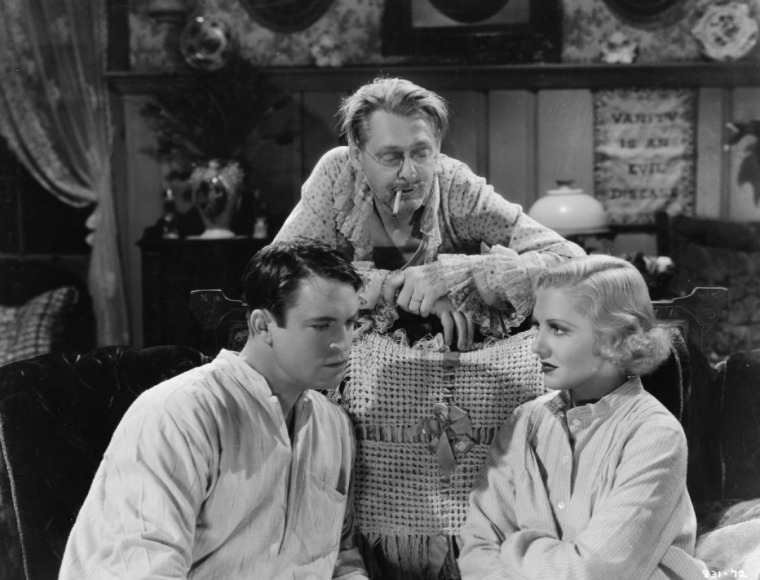 “Hang on – how’d we end up in a Frank Capra picture?” Image: Tout le Cine

LIONEL BARRYMORE
Barrymore gets top billing, but he’s not in the film as much as he could be. He plays a doctor whose only clients are gang members. His character is almost always drunk, and Barrymore skillfully steers between comedy and pathos. In one telling scene, Barrymore muses about the gang. He tells Morris he’s saved 17 gang members; “all but three are alive.” He wonders about the point of it all.

We wonder if this is why he drinks.

Memo to MGM: Listen, you mugs. This is LIONEL BARRYMORE. Here’s your big chance to show us the not-so-obvious victims of gang warfare, and why we need so-called Public Heroes. Instead, the action sneaks past Barrymore so it can get back to shooting lousy coppers.

Even though we’ve been a bit rough on this movie, we do recommend it. The story is interesting with unexpected twists, and the acting is superb. The most outstanding feature is the cinematography, with really unique and dynamic camerawork.

Memo to Self: If you want a gangster movie with MGM sentimentality, check out Public Enemy #1. For all its flaws, it’s worth it.

This post is part of the MGM BLOGATHON hosted by the lovely & talented Silver Scenes. Click HERE to see the other posts. 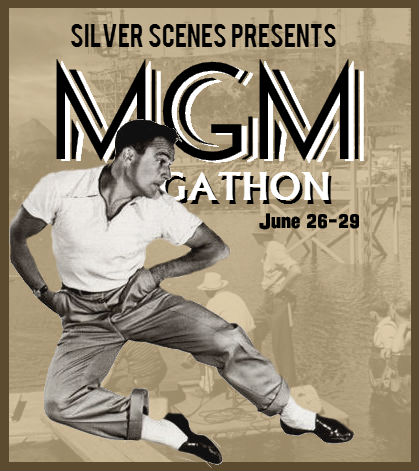 18 Comment on “Memo to MGM: Tread Loudly in Gangster-land”