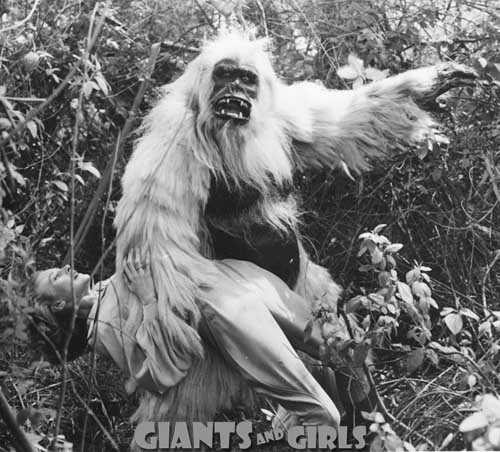 Good news! If you’re looking to make your own Sci-Fi/Horror film (and who isn’t?), we found the perfect film as your template.

White Pongo (1945) is budget-friendly fare about a white gorilla living near Africa’s Congo River who may be “the missing link between man and monkey.” Obviously there would be a lot of fame and money available to anyone making such a discovery, and a scientific team dispatches itself to trap the elusive gorilla.

The expedition is headed by an esteemed scientist (Gordon Richards), who has brought his daughter (Maris Wrixon) along, just because. There is also an anthropologist, a German translator/guide, several canoe paddlers, and a rifleman (Richard Fraser) who has his own reasons for being on the expedition.

White Pongo (pongo meaning “gorilla”) shows us what is necessary in making a Sci-Fi/Horror film, and what we can get away with. Our film features a gorilla, but many of these principles could apply to any costumed monster.

The #1 rule that can never, ever be compromised: DO NOT, under any circumstances, skimp on the gorilla costume. If the costume is the most expensive item in your budget, it is money well spent. Look at the gorilla suit in White Pongo – it looks like it weighs 120 lbs and has an internal temperature of 200º. It probably cost a fortune!

Now, people who have been to film school probably get all bent out of shape about research and technical stuff, but who cares about that? You wanna make a Sci-Fi/Horror flick? Go make it! The producers of White Pongo have shown us how it’s done.

This post is part of the UNINTENTIONALLY HILARIOUS blogathon hosted by the lovely & talented Movies, Silently. Click HERE to see the other fab entries. 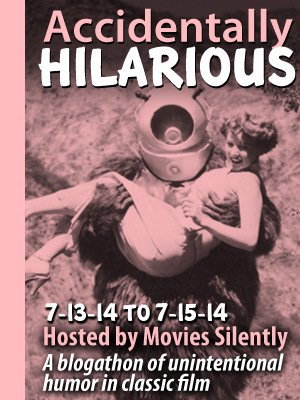