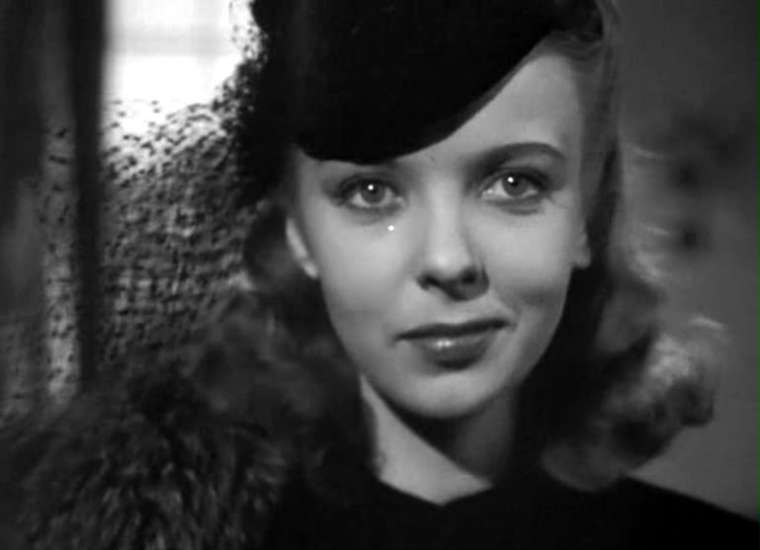 Ida Lupino: What to do with all that lovely insurance money? Image: View and Review

In 1940, Warner Bros. released They Drive By Night, a commentary on the American trucking industry. It starred George Raft, who was one of the studio’s biggest stars, and a young British actress who would steal the entire film. Her name was Ida Lupino.

Lupino plays the perfectly-coiffed but disaffected wife of a trucking company entrepreneur (Alan Hale, Sr). Not only is Lupino’s character dissatisfied with Hale – and his money – she is obsessed with Raft.

Now, George Raft has an acting style that doesn’t appeal to everyone, so it may be difficult, at first, to see why Lupino’s character is attracted to him. However, she does provide a clue in an early scene.

“What do I see in you, anyway?” she purrs, as she stands too close to Raft. “You’re crude, you’re uneducated, you’ve never had a pair of pants with a crease in them. And yet I can never say ‘No’ to you.”

With this simple bit of dialogue, Lupino explains everything without really explaining anything at all.

As for Raft, he rebuffs Lupino at every opportunity. Above all, Raft’s character is a loyal fellow, and because Hale the Boss has always treated him fairly, he’s going to do the same in return.

They Drive By Night has a terrific cast, including Humphrey Bogart and Ann Sheridan, but no one brings the intense energy to the screen the way Lupino does.

Her scenes with Hale are some of the best in the film. Hale’s character is someone who wasn’t born the Executive Type: he chums around with his employees; he makes corny jokes; he drinks too much at a party; his laugh is a loud guffaw. But there’s no malice in Hale; he’s generous to a fault.

Lupino has nothing but disdain for her husband. She’s always at him to not drink so much, to stop with the jokes, to put on his jacket. “When we got married, you promised to act like a gentleman,” she says, tipping her hand. She didn’t marry Hale for love, she married him for revenue.

Hale, of course, doesn’t see this. He adores Lupino and, tragically, his admiration for her prevents him from seeing who she really is. 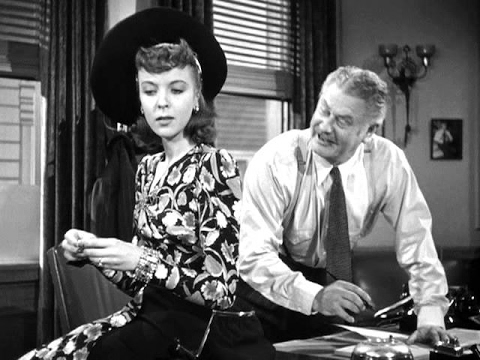 In one scene, Lupino walks Raft to his car during a party she and Hale are hosting. Raft is pleasant but distant; he carefully addresses her as Mrs Carlsen.

As Raft drives away, the camera is close on Lupino’s face; she stands alone in her driveway while Hale’s drunken laughter crashes through the night from inside the house.

Then, as she turns slightly towards the house, we realize what she’s thinking.

When she decides to put an end to Hale, it’s because the opportunity has suddenly presented itself. In this scene, she drives passed-out Hale to their home and pulls into the garage. She sits for a moment before deciding not to turn off the car. She looks at Hale almost curiously, before sliding out from under his heavy, drunk head. She softly closes the car door and hurries out of the garage. Her expression says she can’t quite believe what she’s about to do – but she’s not turning back. No way.

This scene is one of several that features Lupino’s mesmerizing performance. (We’re not divulging any more for fear of giving away the ending.)

They Drive By Night is an intriguing look at the trucking industry during the Depression. This itself is an interesting subject, but it’s Lupino’s superb performance that makes the film memorable.

For more information on Ida Lupino’s career, read this biography by Lindsey at The Motion Pictures.