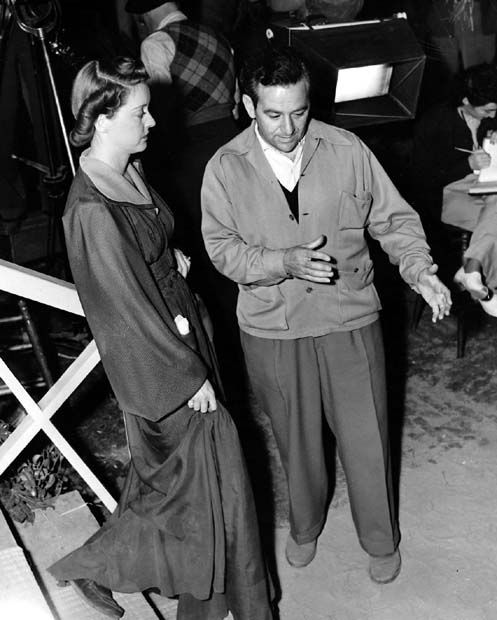 They created the best opening scene in the history of cinema: On a moonlit night, on an isolated rubber plantation in Malay, a woman follows a man out of a house. As he stumbles down the stairs of the veranda, she fires at him repeatedly with a handgun, even after he’s dead.

In films from this era, a moonlit night and an exotic location often suggest adventure and romance. But here, in The Letter (1940), director William Wyler and star Bette Davis give us cold-blooded murder.

The Letter is based on a story + play by W. Somerset Maugham. The plot is modelled on a real-life murder in Kuala Lumpur in 1911.

Davis plays an English woman accused of a murder which she claims was self defence. However, the discovery of an incriminating letter contradicts her story and leads to tragic events.

It’s a film of secrets. Director of Photography Tony Gaudio drapes shadow across the sets like a fine fabric; we know there’s more to the story than we’re allowed to see. But he also teases sharp light through slats, revealing the truth about Davis’ character: 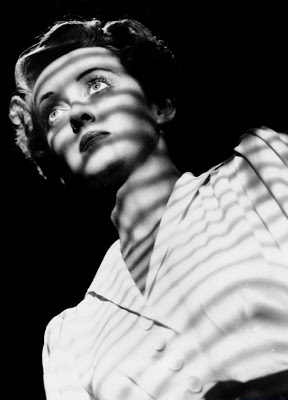 Davis says one thing, but the stripes say another. Image: Film Noir Photos

As for Wyler, he knew how to pull haunting performances from his actors. In one scene, Davis’ lawyer (James Stephenson) tells her husband (Herbert Marshall) how much it cost to suppress the incriminating letter. It’s a lot of money – a lifetime of savings – and Marshall makes us feel the weight of this unwelcome news.

It’s a remarkable scene, made more powerful by a refreshingly-subdued Davis, who remains slumped in the corner of a sofa. While Stephenson and Marshall have a terse exchange about the letter, Davis suddenly amps the tension with a quiet, “Let him see it.”

In our opinion, The Letter contains one of Davis’ best performances, because Wyler taught her how to Not Act. 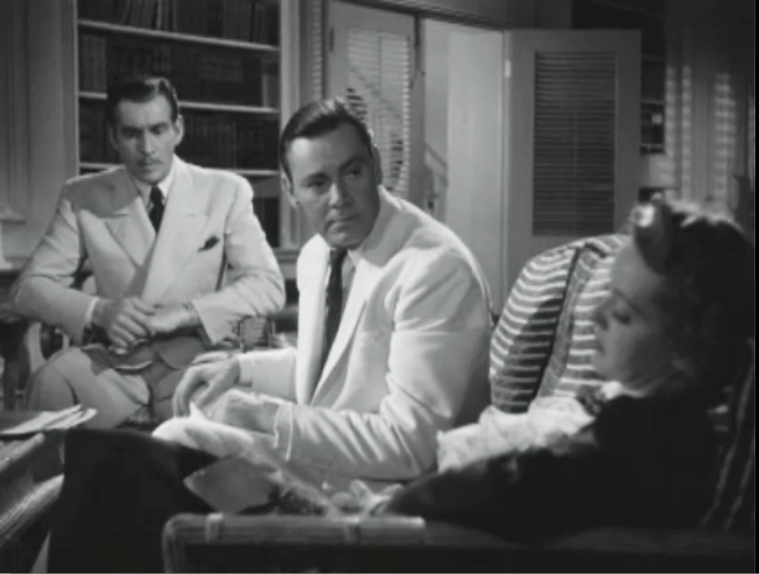 It was on the set of their first collaboration, Jezebel (1938), that Wyler began to temper Davis’ tendency to overact. In A Talent For Trouble: The Life Of Hollywood’s Most Acclaimed Director, William Wyler, author Jan Herman describes Wyler and Davis at work on this film.

“As filming continued [on Jezebel],” writes Herman, “Wyler convinced Davis that every moment need not be played with equal force. During rehearsals he had realized that was her greatest weakness” (p.212).

Wyler helped Davis learn how to pace herself, and we see the results in The Letter. When Davis is brought to a sketchy neighbourhood to pay off the dead man’s widow (Gale Sondergaard), a restrained Davis allows an exotic Sondergaard to make an impressive entrance, complete with dramatic backlighting.

(Incidentally, Wyler turns this scene into a religious ceremony of sorts – Davis seeking absolution from a priestess in an opium-den temple.) 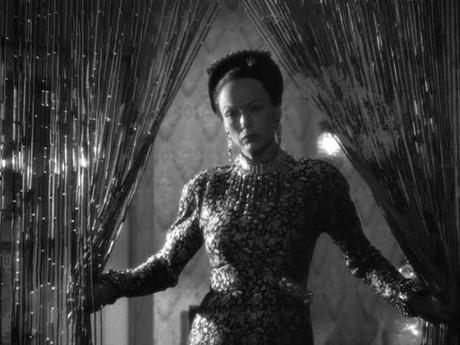 Later, Davis said of Wyler, “No detail, however minor, ever escaped him. He would probe like a fiend, then turn sarcastic; or he’d be aloof and drive you crazy” (ibid).

He drove a lot of people crazy. Wyler was famous for not telling actors what he was looking for. “I’ll know it when I see it,” he said. It was not unusual for him to re-shoot a scene multiple times, while actors became increasingly exasperated. He was a perfectionist, as was Davis – which sometimes led to fierce arguments.

The two would collaborate a third and final time, with The Little Foxes (1941). Their three collaborations are remarkable films, but our favourite is The Letter, which received seven Oscar nominations, including Best Actress and Best Director.

This post is part of the Symbiotic Collaborations Blogathon hosted by CineMaven’s Essays from the Couch. Click HERE to see all the fab entries. 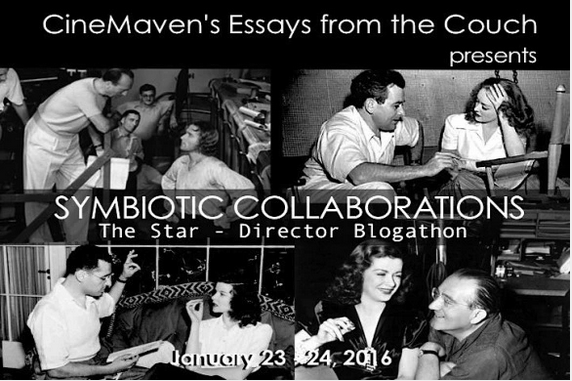