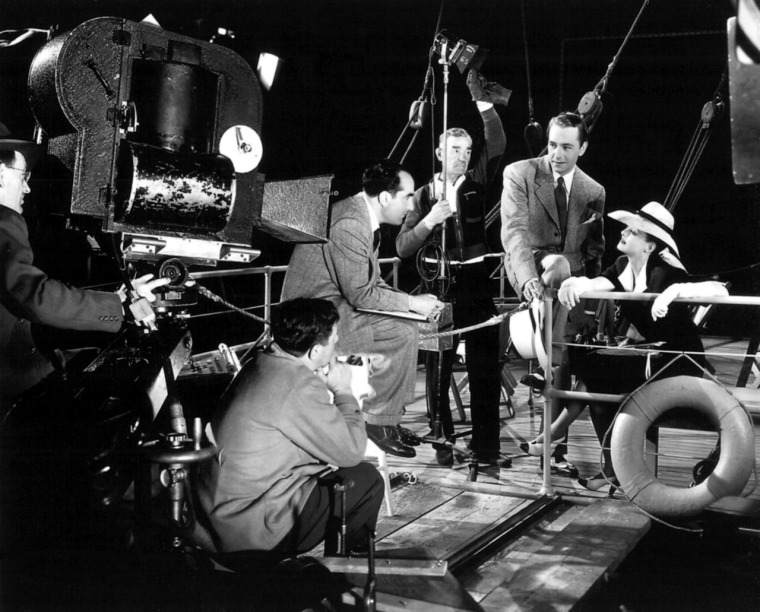 We (as in, yours truly) are fascinated by you and your impressive film-making output during your prime, from the 1920s to the late 1940s.

Rumour has it you made as many as 400 movies per year. Some of them were achingly beautiful, and they continue to enchant audiences today.

Not every film you made was good, but with such an array of products, not every film had to be. You were developing new art form, and making buckets o’ money besides.

In your hands, film became Art and Big Business.

We believe film is, in essence, Art. In your day, films noir reflected German Expressionism, musicals explored Dance, screwball comedies celebrated Wit. You fostered innovation and creativity, while embracing the spirit of industrialism.

French film critic André Bazin (1918-1958) noted, “The American cinema is a classical art, but why not then admire in it what is most admirable, i.e., not only the talent of this or that filmmaker, but the genius of the system.” 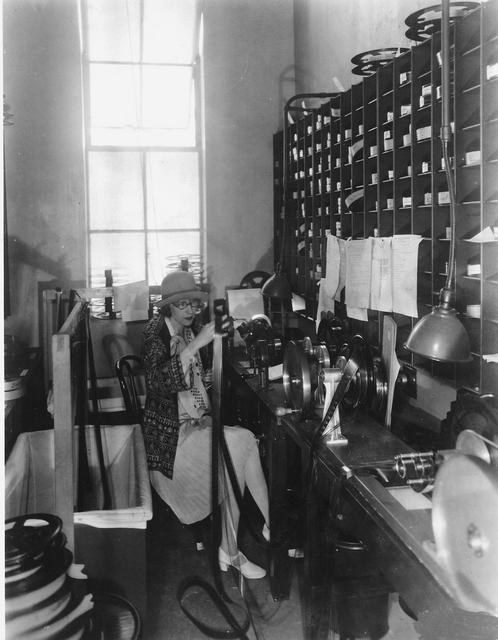 You really were a genius. Who else could turn Art into an assembly line, and make each new product seem fresh?

as•sem•bly line  (noun)  A manufacturing tool, first made popular by Henry Ford… The principle of an assembly line is that each worker is assigned one very specific task … then the process moves to the next worker … [until] the product is made. It is a way to mass produce goods quickly and efficiently (businessdictionary.com, emphasis ours).

By incorporating Ford’s vision into American cinema, you created a thriving industry that employed thousands.

The steady demand for new films made year-round production schedules necessary and provided the impetus for the development of a factory-based (Fordist) mode of production. In the studio era, all members of cast and crew were workers under contract to the studio, and the different kinds of work—editing, music, script, and so on—were divided into departments (Film Reference, emphasis ours).

Instead of auto workers welding steel or manufacturing parts, your studio employees designed costumes or built sets – mostly on time and within budget. You were a model of efficiency. 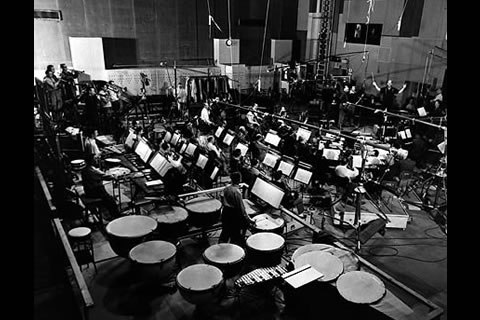 The MGM studio orchestra, ca 1951. Image: Behind the Stave

Your most visible (read: money-making) studio employees enjoyed big salaries and free publicity, but many others became disillusioned. Look at the 1941 novel, The Last Tycoon by F. Scott Fitzgerald, drawn from his experiences as a Hollywood screenwriter in the 1930s.

A cynical Fitzgerald describes your manufacturing in an exchange between a studio executive named Stahr and a novelist-turned-screenwriter named Boxley:

“I might as well leave,” said Boxley. “I’m no good to you. I’ve been [in Hollywood] three weeks and I’ve accomplished nothing. … It’s this mass production.”
oo “That’s the condition,” said Stahr. “There’s always some lousy condition… Our condition is that we have to take people’s own favorite folklore and dress it up and give it back to them” (The Last Tycoon, Chapter 5, Episode 16, emphasis ours).

Fitzgerald, among others, had reason to be bitter. Even though you hired the best actors, directors and scriptwriters, you were known to misuse their talents – sometimes with disastrous results.

It’s because studio execs, such as Darryl F. Zanuck (Warner Bros.) and Irving Thalberg (MGM), devised a system that swallowed the individual. “[B]y 1933 those very accomplishments rendered [these men] expendable,” writes historian Thomas Schatz. “The machinery they designed was geared to run – with or without them” (The Genius of the System: Hollywood Filmmaking in the Studio Era, p. 155).

Ask Louis B. Mayer about that.

You adhered to the Production Code not because you believed in it, but because it sold movie tickets. This led to a hypocrisy when you exiled people who became disgraced, as if you yourself were so righteous you couldn’t be sullied by their presence.

Yet, without a trace of irony, you made films about kindness and acceptance and being a better person. You were good at it; these films are with us today and are now regarded as Classics.

This post is part of the Classic Movie History Project Blogathon hosted by Movies Silently, Once Upon a Screen and yours truly. Click HERE to see today’s fab entries.

35 Comment on “The Hollywood Studio System: Art as Industry”