All’s Fair in The Love War 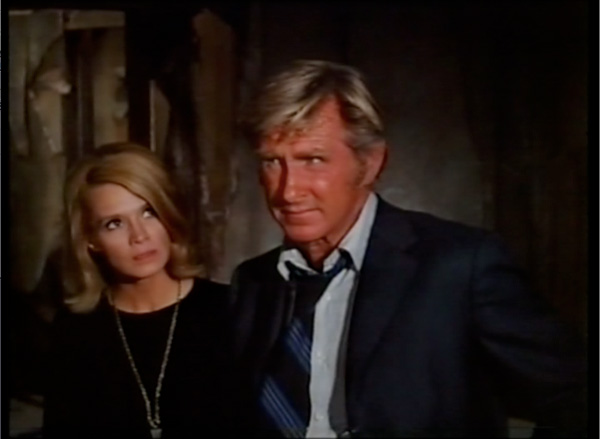 Although we (as in, yours truly) are not the most enthusiastic supporters of television, we do feel an odd nostalgia for televised events we never witnessed, such as Elvis Presley’s first appearance on The Ed Sullivan Show, or the Apollo 11 moon landing.

Another bit of TV business for which we recently developed a fondness is ABC’s Movie of the Week series, described as an “anthology” of made-for-TV movies.

Although the American network NBC was the first to produce a made-for-TV film in the mid 1960s, it was ABC who glommed onto the idea. They produced films to air Sunday nights from 1969 until 1976 under the ABC Movie of the Week banner.

(Confession: We had never seen a Movie of the Week until recently because we – wrongly – assumed they were cheap and unimaginative.)

These movies attracted some powerful talent. For example, a young Steven Spielberg directed his first feature-length film, Duel (1971), as part of this series. Big-name actors were drawn to these projects, too, such as Lloyd Bridges and Angie Dickinson who starred in the sci-fi thriller, The Love War (1970).

Now, The Love War sounds about as cheesy as it gets, but hear us out.

Lloyd Bridges stars as an extraterrestrial from the planet Argon who has been sent to earth, disguised as a human, to battle representatives from the enemy planet Zenon. The winners of this battle will claim earth as their territory.

The agreed-upon Rules of Engagement are: (1) Each side is to send three soldiers; and (2) The battle ain’t over until every member on the opposing side is dead.

The thing about this movie – the thing you don’t discover until it’s too late – is you have to take characters at their word. For example, Bridges claims his side would be benevolent to humans, while the Zenons would kill everyone. We, the audience, have to accept that; we have no way of verifying what anybody says. 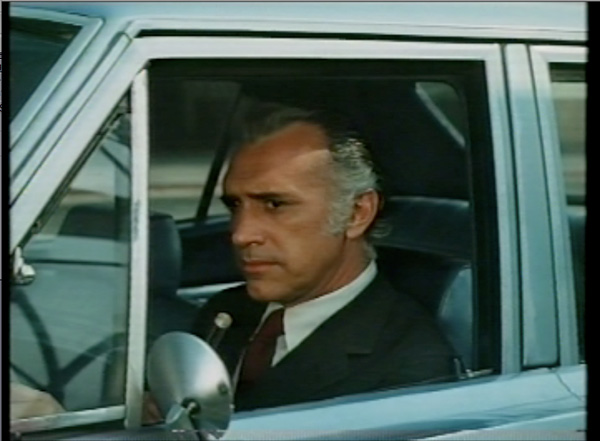 There are two Big Complications with this assignment. The first is both sides have assumed human form, so no one can tell who the enemy is without their handheld scanners. (The scanners beep when another extraterrestrial is in the area.) They also have special spy glasses that allow them to see each other in their true alien form.

Bridges uses this equipment to good effect, but he is anxious to have the upcoming battle done with. However, he runs into the second Big Complication when he meets Angie Dickinson, a lonely, slightly desperate woman on the rebound.

At first, it’s difficult to see why Dickinson is attracted to Bridges, but we are soon grateful for it. She grounds the film for us. There are so few interactions with actual humans that we need Dickinson to ask the questions we want to ask. She’s the normal one; she’s not awkward or strange, and her affection for Bridges draws out his compassion and generosity.

It’s not long before we’re hoping Dickinson can save not only Bridges, but the entire population of earth as well.

Even though this film is set in the Los Angeles metropolitan area, the story isolates the main characters, as though the daily goings-on of humans are of no relevance – which they’re not.

The last scene in the film reinforces this concept. It takes place in an abandoned western town/movie set. The scene is a nod to those Westerns because both the Argons and the Zenons have agreed to stage the showdown here, O.K. Corral-style.

But there’s more to it. The abandoned buildings, bereft of human activity, serve as a bleak reminder of what this battle could mean to the future of humanity.

The Love War has a clever, but not unexpected, plot twist that makes things really intriguing. But we (as in, yours truly) could not guess the outcome of this film.

We bet you won’t guess it, either.

This is part of The Movie of the Week Blogathon – we couldn’t resist! – hosted by The Classic Film & TV Cafe.