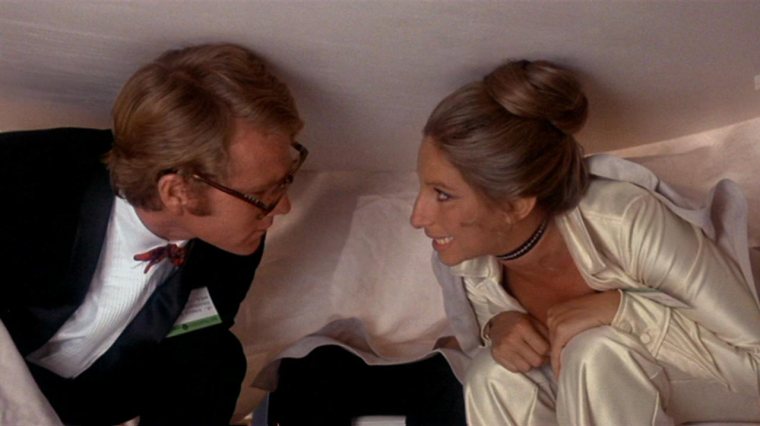 When we (as in, yours truly) were a child, we were invited to frequent sleepovers at a friend’s house.

The Rules, as outlined by the parents, were: (1) Sleep must be had, which meant (2) No Television After Bedtime.

Oddly, the parents assigned us to a guest bedroom that had a television(!), a temptation against which, as you know, any kid is powerless.

One midnight, we discovered an utterly fabulous movie. It was the 1972 comedy, What’s Up Doc?, starring Barbra Streisand and Ryan O’Neal, about a mix-up involving four identical travel bags and the ensuing mayhem.

We were enthralled. We felt this was the kind of movie a Sophisticated Grown-Up would watch, a glimpse into the world of chic urbanites.

That was many years ago. The next time we saw the film was at this year’s TCM Classic Film Festival. We were curious to see (A) how the film would compare to our childhood memory, and (B) what it would be like to watch it guilt-free, i.e. without the threat of angry parents storming in and demanding Why Weren’t We Sleeping!

The theme of this year’s TCMFF was “Make ’em Laugh: Comedy in the Movies”.

We went to the festival to cram as many comedies as possible into each day. Pre-Codes, screwballs, “modern” comedies – you got ’em? We’ll watch ’em!

Here are a few of the films we saw:

Not all the films we screened were comedies. For the first time, we saw John Wayne on the big screen in Red River (1948), and went to an outdoor poolside screening of Whatever Happened to Baby Jane? (1962).

Cavett also cleared up something that we (as in, yours truly) had often wondered about Marx Bros. movies: Timing.

“Sometimes the timing seems off,” said Cavett. “In their movies, they held off the action to wait for laughs.”

He’s right. A film that may fall flat when you view it at home is brilliant when seen with an audience. The Marx Bros. were playing to large movie houses, and they adjusted their pace accordingly. 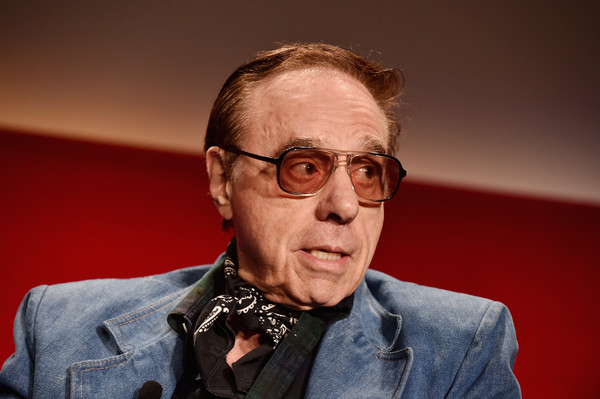 Here’s one thing we love about TCMFF: The clapping.

Audiences clap when a movie starts, and when it ends. They clap for the title of the film, the lead actors and the director. It sounds a bit ridiculous, but it’s a surprisingly moving experience. It’s rare to witness such depth of appreciation for decades-old films.

We also love the conversations you have with people next to you in line. We met saucy librarians, stylish hipsters, and actual Los Angelenos, all of whom love classic film.

The chance to see celebs like Dick Cavett is another thrill. But guess who else we saw? Why, none other the director of What’s Up Doc?, Peter Bogdanovich, who appeared In Conversation before the film’s screening.

Bogdanovich is as fascinating as you might expect, and naturally he had interesting stories about the film. There is a fabulous car chase, for example, that ate up one-quarter of the entire budget. Also, the script contains no contemporary references to give it a timeless feel – it is a film in the tradition of the screwball comedies.

“I wanted to make a G-rated movie with no socially-redeeming value,” Bogdanovich dryly remarked.

Then the conversation was over and the lights were dimmed and the movie began.

We held our breath, hoping it would not be an epic Disappointment.

It was glorious. All 94 minutes of it.

What’s Up Doc? remains, for us, the treasured film we discovered in our childhood. We think you might like it, being the Sophisticated Person you are.