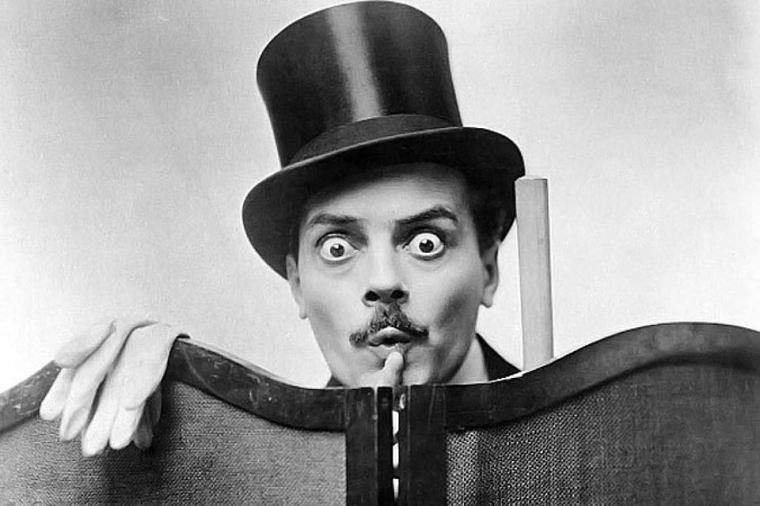 Before Charlie Chaplin and Buster Keaton, there was Max Linder.

Now, you may not have heard of Max Linder, but do not fret. We’re here to help you become the Movie Smarty Pants you’re destined to be.

First, some Fast Facts on Max:

But these facts don’t really tell you much about Max’s charm or his impeccable wardrobe. Here’s an amuse-bouche for you:

Here’s our Max, making dinner in his top hat and sleek vest:

Mathiesen is the author of the new biography, Max Linder: Father of Film Comedy. In this work, he has proven to be an inexhaustible researcher. From viewing films to combing through international publications and corresponding with Max’s daughter, Mathiesen has compiled an intriguing biography of the “Father of Comedy”.

In this biography, we learn Linder was “plagued with various physical ailments” (p. 2). The book cites at least three occasions when the media mistakenly announced Max’s death, or impending death. Max proved to have remarkable resiliency for someone with such frail health.

The book also explores the origins of the French film industry, and the history of the film company Pathé-Frères, the folks who made our Max a Star.

His career really started to gain momentum around 1909, when Pathé was releasing two to three shorts per month. It’s worth noting Max’s comedies were not based on gags; they were situational comedies, much like today’s television sitcoms.

Mathiesen notes a marked improvement in the quality of films around 1911. By this time, our Max was writing and directing his own scenarios. According to the author, the years between 1912-14 “rank as [Max’s] most consistent phase of excellence” (p. 62).

The warm relationship between Max and another film comedy pioneer, Charlie Chaplin, is also detailed in the book. “Like the tramp,” writes Mathiesen, “Max is peculiarly human, with an often poetic streak to his presence” (p.117).

Max’s popularity faded due to his service in WWI and the increasing fame of American film comedians such as Chaplin, Keaton and others. While Max remained a well-known actor, his fame would never equal that of his pre-war years.

They say a biographer has to be a little in love with their subject, and Mathiesen seems to have a true  affection for Max Linder, a fascination that began when Mathiesen was a teenager in Norway.

“I set out to write this book most of all to celebrate [Max’s] genius as a major pioneer of film comedy,” he writes, “which is why I became interested in his life in the first place” (p. viii).

Mathiesen approaches his writing with the same vigour and precision as his research. His prose has an elegance that is refreshingly free of clichés.

While the author does not delve into salacious rumour or innuendo, there was no glossing over the last difficult years of Max’s life. (Max and his wife committed suicide in a Paris hotel in 1925.)

We encourage you to see some of Max’s films*; we guarantee you won’t be bored. As author Mathiesen notes, these movies have aged well over the decades.

We also hope you can pick up a copy of Max Linder: Father of Film Comedy. It’s an entertaining read that will help you achieve your dream of becoming a Movie Smarty Pants. 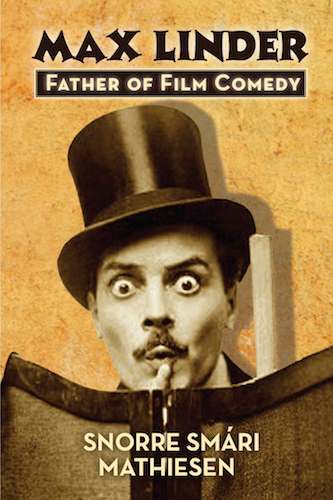 21 Comment on “Introducing the Father of Film Comedy: Max Linder”