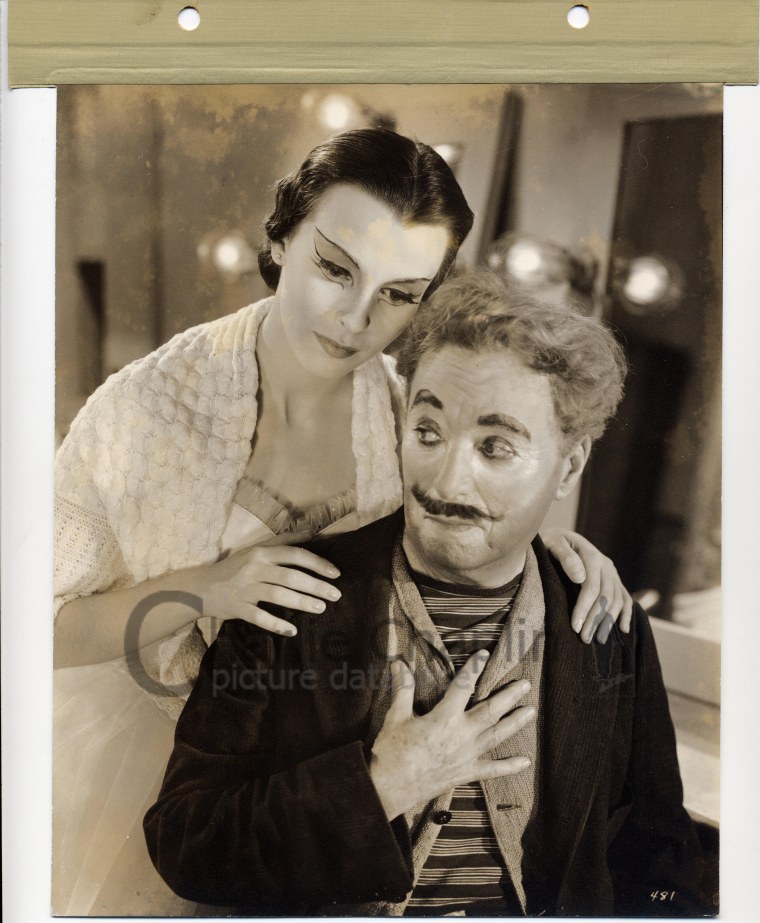 At the time, Limelight (1952) was intended to be Charlie Chaplin‘s last film.

Although he did make two more films* after relocating to Europe, Limelight was his final Hollywood production. It is a last testament of sorts; a farewell to his Little Tramp character.

Limelight was made during a difficult period in Chaplin’s life. The FBI had been investigating him for years, due to: (A) his relationships with (very) young women; (B) his refusal to become an American citizen; and (C) his left-wing views. (For example, in 1942 he was quoted by The Daily Worker: “They say communism may spread out all over the world. And I say – so what?”¹ This must have raised eyebrows, given the smuggled-out reports of horrific goings-on in the USSR.)

In addition to this, Chaplin’s previous film, Monsieur Verdoux (1947) was pilloried by critics and audiences. It is a smart black comedy, but ill-suited to the post-war environment of North America.

He was blacklisted in 1948 and, when he travelled to England with his family in 1952, his U.S. Reentry Permit was revoked.²

These pressures boil to the surface in Limelight. After Verdoux‘s release, Chaplin spent two years writing and adapting his unpublished 1,000-page novel, Footlights.³ His biographer, David Robinson, says Chaplin felt “America had turned on him, so [in the story] he turned to the time when he first became an entertainer.”4

It’s worth noting Chaplin cast family members in this film, including his son, Sydney, and his three younger children. His wife, Oona O’Neill, also doubled for co-star Claire Bloom.

Knowing this, Limelight‘s scrutiny of a career in decline takes on a sour poignancy. 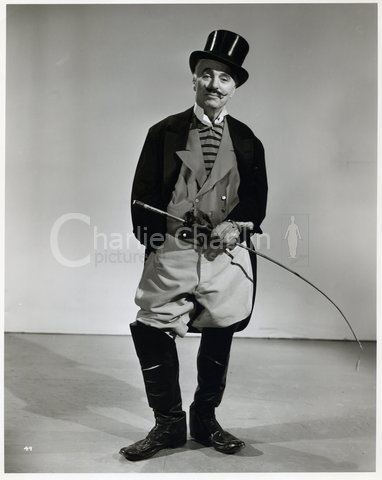 Limelight is set in 1914 London. Chaplin plays Calvero, a once-famous comedian who is now broke and drunk. He lives in a rooming house with ephemera (read: ghosts) from his Glory Days. “CALVERO, The Tramp Comedian,” taunts one poster.

When Chaplin-as-Calvero staggers home one day, he discovers a young woman (Bloom) lying unconscious after a suicide attempt. He moves her to his room and resolves to nurse the girl Back To Health.

Bloom’s flimsy cynicism disappears as she becomes attached to her new patron. He grows fond of her and shares his life experiences. “A sad dignity comes upon [a man] and that’s fatal for a comic,” he says. “It affected my work. I lost contact with the audience – I couldn’t warm up to them.”

These reflections are self-serving, but they do offer a fascinating look at the other side of fame.

Bloom: “What sad business, being funny.”
Chaplin: “Very sad if they don’t laugh. But it’s a thrill when they do.”

He’s a man who is uneasy and bitter about his audience. “As a crowd, it’s a monster,” he says. “You never know which way it’s going to turn its head.” 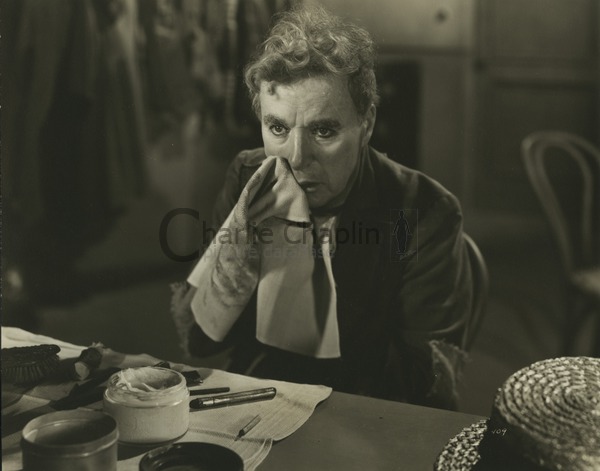 Limelight proves Chaplin could still Work Magic. His stage acts are genuinely funny; even his puns are amusing. (“What can the stars do? Nothing. Sit on their axis.” Haha.)

And he still makes us weep. When he gets the chance to appear on stage – and ends up alienating his audience – he returns to his dressing room in silence. He removes his wig and wipes away his makeup (read: Legend) with a cloth. Underneath he reveals a used-up man.

The film continually reinforces the end of Chaplin’s life as he knew it, but it’s also unexpectedly optimistic. “Life can be wonderful if you’re not afraid of it,” he says. “All you need is a little courage.”

Limelight was frequently boycotted when first released in the U.S. However, when it was re-released in 1972, Chaplin returned to America to receive an honorary Academy Award – and an eighteen-minute standing ovation.

It’s a moving tribute, considering all that went on before. You can watch a clip HERE. 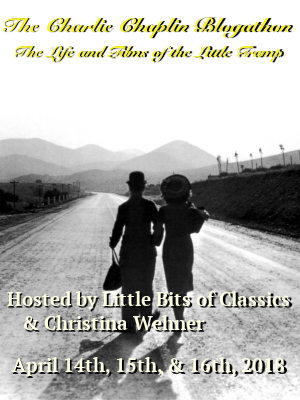