How to be Subversively Ethical

Sometimes it’s hard to see the Good In Others.

Nowhere is this more evident than on social media, where an innocent person (*raises hand*) is derided for something as banal as expressing admiration for a Hollywood actor.

Even though we wanted to retaliate, we couldn’t do it. Not after we watched the 1948 comedy-drama, I Remember Mama.

The film is adapted from a Broadway play, which was inspired by the 1943 novel Mama’s Bank Account by Kathryn Forbes. There was also a television series, if you can believe it, that ran 1949-1957.

Forbes’ book, loosely based on her childhood, is a collection of stories about an immigrant Norwegian family living in San Francisco during the early 20th century. We read this book as a child and immediately became fascinated with Mama and her Swedish meatballs.

In the film, as in the book, the family is very poor. There are five children who continually require shoes, school fees and groceries.

Mama (Irene Dunne) is The Boss of the family’ finances. When her husband (Philip Dorn) brings home his pay, the family sits at the table to collectively determine the budget. The money is kept in a box and, remarkably, nobody steals from it.

Mama is equitable with the funds, but one thing is non-negotiable: The family must never, under any circumstances, go to the Big Bank and withdraw funds from her savings account.

That money is for The Future. 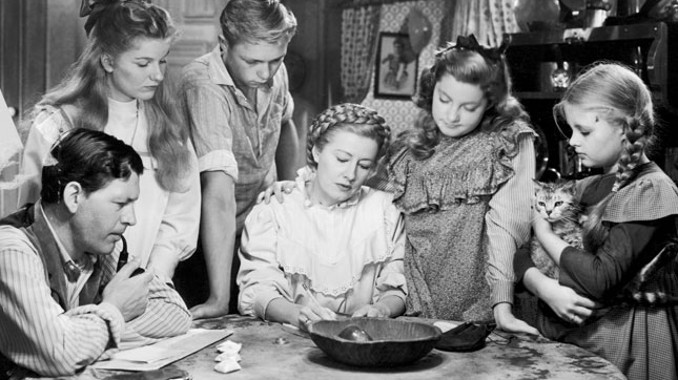 You could argue I Remember Mama models a form of socialism, where the individual sacrifices for the sake of the group so resources can be shared as fairly as possible.

We think Dunne’s character models more personal choices. She chooses to be a humanitarian, no matter what. This doesn’t mean she’s a treacly, naive woman; indeed, Mama is shrewd. If she were a Criminal Mastermind, we’d all be powerless against her.

Nay, at some point in her life, this woman decided she would be a Humanitarian, and that was That.

In one scene, the family’s youngest daughter is rushed to the hospital. Here we watch Dunne-as-Mama, seated in the waiting room, sick with worry, struggling to keep a calm exterior.

The operation is successful, but Mama is not allowed to see her daughter for 24 hours. She’s nearly beside herself; she promised her daughter she wouldn’t leave her alone. She begs the nurse for permission to stay, but you know how it goes: Rules Are Rules.

However. Mama is not one with whom you should trifle. She returns to the hospital, bucket in hand, and begins washing the floors as she makes her way to her daughter’s ward.

The nurse at the desk barely looks up. “It’s about time they washed the floors around here,” she says.

(They don’t wash the floors? In a hospital?)

Regardless, Mama cleans the floors and finds her daughter, and the girl is overjoyed.

But did you see what Mama did there? She can’t help but be helpful. Even while she’s breaking the law, she’s improving hospital sanitation.

Confession: The first time we saw I Remember Mama, years ago, we didn’t like it. First, where were the Swedish meatballs? Secondly, we thought Irene Dunne looked too much like a Movie Star.

But we changed our mind when we saw it again. Dunne is almost too beautiful, yes, but she is otherwise convincing as Mama. We feel she deserved her Best Actress Oscar nomination.

(Others in the cast were nominated as well, such as Oskar Homolka, Barbara Bel Geddes and Ellen Corby.)

It’s interesting to note, during a time in the late 1940s when film noir dominated movie screens, director George Stevens tackled a project dedicated to the charitable in people. Critics liked the film – even the curmudgeonly Bosley Crowther – but audiences weren’t as receptive. It lost $1M US at the box office.

Yet, it is a good film. If you need a break from the negativity in life, we recommend spending some time with Mama.

This post is a late contribution to #CLEANMOVIEMONTH hosted by PEPS. 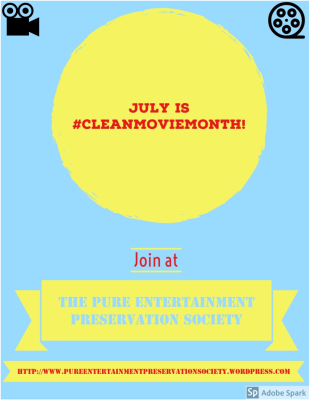