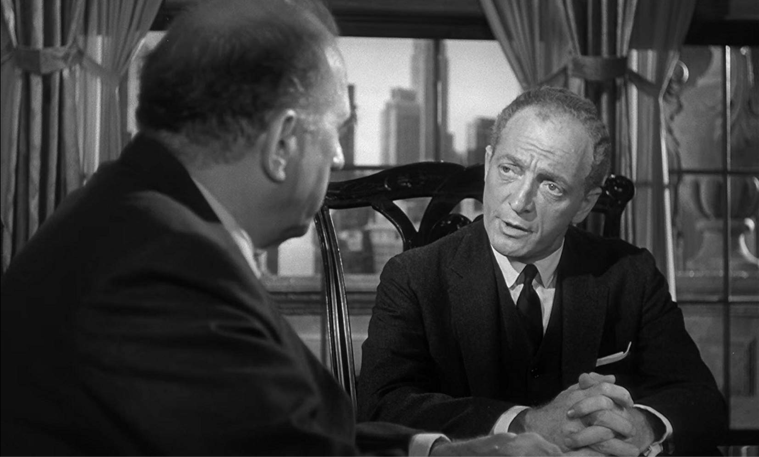 At the end of the 1956 drama, Patterns, we see Fred Staples (Van Heflin) leave the office building where he works as an executive.

Fred, recently promoted to the company’s Executive Office, thinks he’s just won a battle with his CEO, Mr. Ramsey (Everett Sloane). Naturally, he’s infused with adrenaline, and when he meets his wife, Nancy, in the lobby, his future bursts with Promise.

If only it were so.

Now, since this scene takes place at the end of the movie, we can’t know for certain what Happens Next; we can only speculate. But the film gives us plenty of indicators of how things might go for Fred. Indeed, it illustrates a pattern of behaviour for the corporation – and for Mr. Ramsey himself. 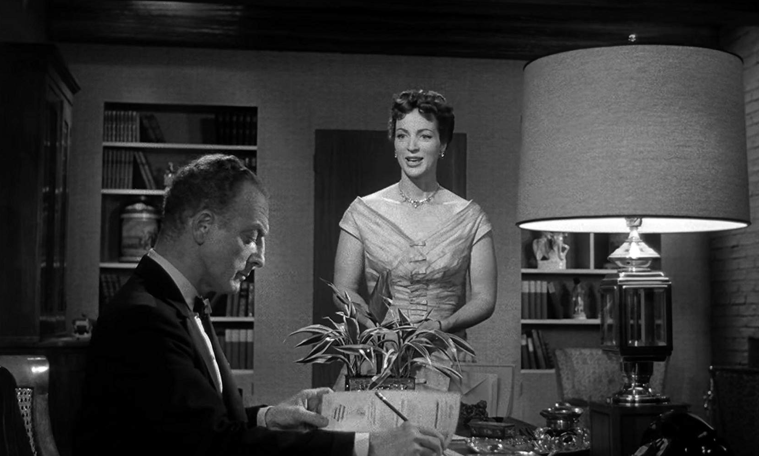 There are a few things that immediately strike you about this movie. First, it was filmed in New York and has a rather grim texture, like a crime drama. Second, when we first see the so-called “Executive Corridor” in the company where Fred works, we’re astounded by its grandeur. Because it resembles the Galerie des Glaces in the Palace of Versailles, we know this place is meant for a king.

The king is Mr. Ramsey, and he’s called “Mr. Ramsey” by everyone in this film, which tells you all you need to know.

Mr. Ramsey borrows from an old playbook when it comes to dealing with dissenting voices in his corporation. History tells us many people in power don’t immediately eliminate their opposition; instead, they discredit and dehumanize them. Once they gain Momentum, they go in for the kill.

That is how Mr. Ramsey deals with Bill Briggs (Ed Begley), one of the company’s longest-serving executives. Bill won’t quit because he doesn’t want to jeopardize his retirement, and he doesn’t think he’ll find employment elsewhere. Still, he’s got guts: He’s the only person who openly disagrees with Mr. Ramsey.

In one executive meeting, for example, Bill objects to a proposal to close a plant and reconfigure it, a process requiring a nine-month shutdown and layoffs for hundreds of workers. Mr. Ramsey immediately leaps into a tirade, belittling and humiliating Bill. When he’s torn enough flesh from the bone, Mr. Ramsey announces, “Now, then, if Mr. Briggs’s ego has been sufficiently nourished…”

Of course, it’s Mr. Ramsey’s ego that needs to be nourished and, while he’s at it, he’ll send a message to any other would-be dissenters.

Sadly, Bill Briggs’s poor health can take only so much and, after a particularly contentious meeting, he suffers a fatal heart attack. 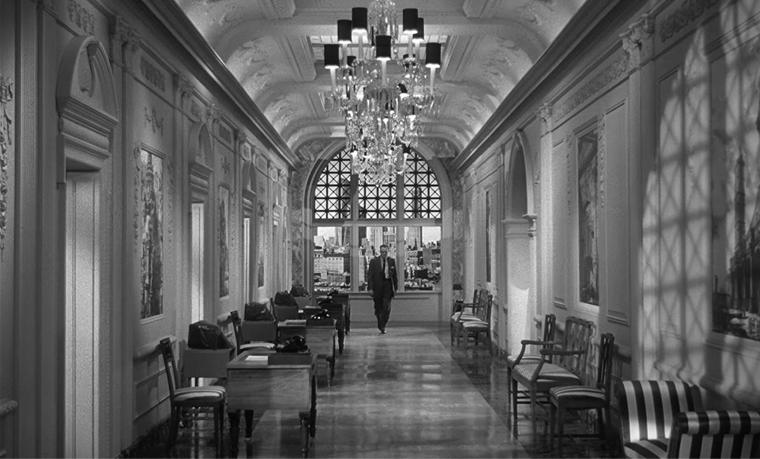 Patterns was written by Rod Serling, who has been called “Hollywood’s angry young man”. Serling originally wrote the story as a live teleplay, which aired in 1955. It was so popular, it aired again, live, a month later. Soon the film was adapted to the big screen and released in 1956.

We can get a sense of Serling’s anger/passion in the last scene where Fred, drunk and grieving his friend’s death, marches into Mr. Ramsey’s office.

Mr. Ramsey is unsurprised by Fred’s Barging In. “I’m not a nice human being. What of it?” he says. “What do you want from me? Apologies? I don’t apologize.”

You see, Mr. Ramsey believes business belongs to the best and toughest, to those who Produce Results. What apologies are necessary?

Fred makes no apologies, either. He bluntly tells Mr. Ramsey he will fight him on every issue, and that he’s gunning for his job.

This pleases Mr. Ramsey, because he’s smart enough to know Fred’s ideas will only make him richer and more powerful.

But here’s the pattern: Ramsey thinks Fred is a good man, just as he once thought Bill Briggs was a good man, “the way grandfather clocks were good clocks”.

Fred, for all his menacing talk, is really only fresh prey, a man who Gives His All for the sake of the company. And once his usefulness has been outlived, the belittling and discrediting campaign will begin again.

This, after all, is Mr. Ramsey’s pattern of villainy.

This post is part of THE GREAT VILLAIN BLOGATHON, hosted by Speakeasy, Shadows and Satin, and yours truly. 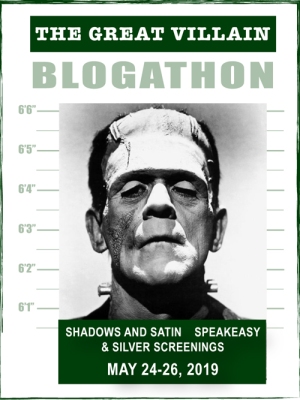