Regardless of the battle, a small group of men with disparate temperaments Band Together to fight the enemy. Despite personality clashes, frustrating leadership decisions, and clever enemy maneuvers, the men Overcome to emerge Victorious.

It’s a good formula, which is why it’s used so often. But it also means actual events are, uh, tweaked for the sake of entertainment. We all know we should take the phrase “based on a true story” with a pound of salt.

However, one Hollywood war film rejected the Tried And True by sacrificing some entertainment value to faithfully portray Actual Events.

Tora! Tora! Tora! (1970) is about the 1941 Japanese attack on Pearl Harbour, from American and Japanese perspectives. It shows us the decisions – good and bad – made by military officials in both countries.

There’s a notable absence of A-List Actors in this film, which means there is no one Hero on either side. According to the “History Through the Lens” documentary, Tora! Tora! Tora!: A Giant Awakes, filmmakers “decided not to cast any major box office star. Instead, they chose solid character actors like Joseph Cotten, Martin Balsam, and Jason Robards.”¹

They sought Authenticity by giving the film the feel of a documentary.

The 1960s were a time of financial strain for Hollywood studios because Big Budget films weren’t generating expected returns of investment. (We’re looking at you, Cleopatra.)

But Darryl F. Zanuck, head of Twentieth Century-Fox, had made a nice profit with the 1962 D-Day flick, The Longest Day. It was a welcome infusion of cash for the studio, so Zanuck shopped for another epic WWII story. The natural choice was Pearl Harbor.

The script was three years in development, and was trimmed to 176 pages from a whopping 676 pages. It was then approved by officials in both America and Japan. (The studio needed the cooperation of both militaries to borrow equipment, thereby reducing costs.)

Three directors are credited on this film: Richard Fleischer, Kinji Fukasaku, and Toshio Masuda. Legendary director Akira Kurosawa was initially signed as co-director, but was replaced when he started going Over Budget.

As much as possible, actual locations were used for filming, including Ford Island, site of the U.S. military airport.

“You can’t make anything false,” said Fleischer. “[The locations] gave everybody a sense of history and historical accuracy, being there and saying, ‘This is where this happened.’ It makes a big difference to the feel of the picture and the look of the film.”²

The film, of course, isn’t entirely accurate. For example, it doesn’t mention the exercise drills Hawaiian civilians underwent prior to the attack, nor does it reveal all the ways the Japanese military received their Intel.

Tora! Tora! Tora! cost approx. $25 million US. According to Fleischer, filmmakers “spent more money reenacting the attack on Pearl Harbor than the Japanese had spent in actually doing it.”³

You may be wondering what “Tora! Tora! Tora!” means. According to Japan Today, Tora is “abbreviated Japanese meaning ‘lightning attack'”.4 In the film, the phrase is a code meaning: The attack was successful.

Tora! Tora! Tora! was the ninth-highest-grossing film of 1970, although its box office numbers were considered a disappointment. Even now, it has a mediocre rating on Rotten Tomatoes, and film critic Roger Ebert called it “one of the deadest, dullest blockbusters ever made.”5

The film does sag in places; however, its action sequences are spectacular – and not at all dated – which is impressive, considering it’s from the pre-CGI Era.

The most remarkable aspect of this film, we think, is the ending. In a slick bit of Hollywood-ization filmmakers couldn’t resist, the surprise attack is made to feel like an American victory. If you’ve seen the movie, you know what we mean.

If you haven’t seen Tora! Tora! Tora!, we hope you’ll get the chance. We think you’ll appreciate the effort that went into this epic war film.

This post is part of THE WORLD WAR II BLOGATHON, hosted by Maddy Loves Her Classic Films and Cinema Essentials. 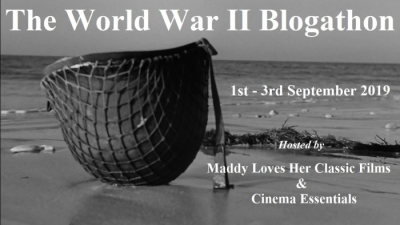