The Racehorse that Never Loses 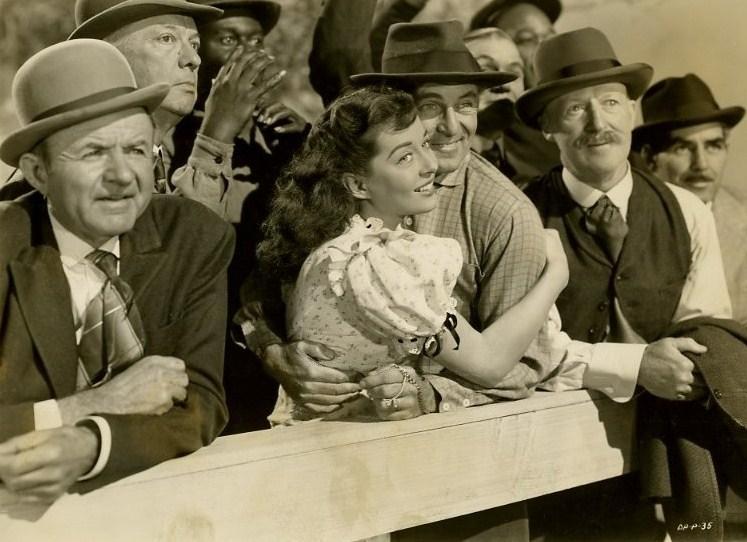 Here’s a story about a racehorse who wins Every. Single. Race.

He was the Real Deal. His name was Dan Patch, and he was an A-list celeb in the harness racing world at the turn of the last century, when harness racing was, for a time, one the most popular sports in the U.S.

He also set new speed records, one of which went unbroken for 30 years.

Now, this sort of winning behaviour didn’t sit well with other racehorse owners, and they eventually refused to race their horses against Dan Patch.

So what’s an equine to do, but become a Star Attraction on the county fair/exhibition circuits? He toured the country and become rich and famous.

There were endorsements, too, and Dan Patch’s name began appearing on products ranging from horse feed to stop watches. (You can still buy some of his memorabilia HERE.)

Naturally, there would be a film about this remarkable horse, namely The Great Dan Patch (1949). But here’s the problem: A horse that always wins doesn’t lend much excitement to a film. There are no Nail-Biting Scenes where you wonder, Will Dan Patch win?, because there is never a way he cannot win.

As we all know, an entertaining flick ought to have at least some tension, and here the tension must occur away from the racetrack. Fortunately, filmmakers have created a romantic triangle with the friction the hopelessly successful horse cannot supply. 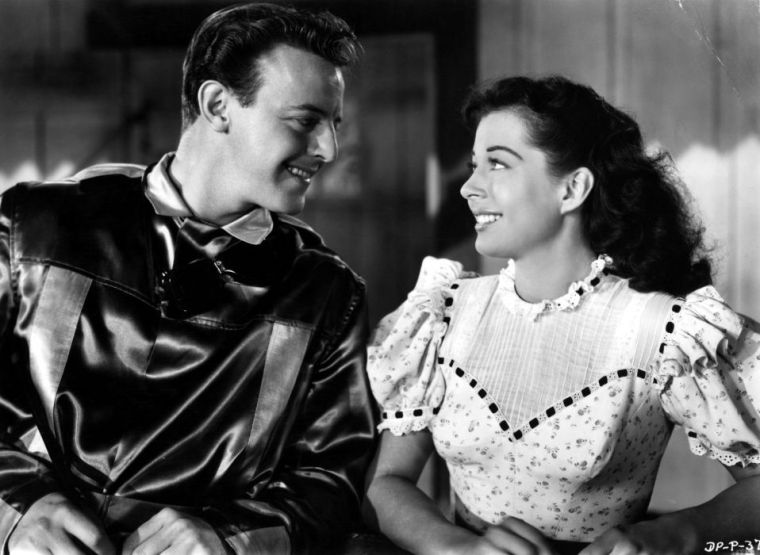 First, we have Dan Patch’s owner, Dennis O’Keefe, a hard-working, Up-And-Coming chemist based in Indianapolis.

O’Keefe marries Ruth Warrick, a Socially Ambitious woman whose greatest desire is to live a conspicuously wealthy life in Chicago.

Neither of them realize that Gail Russell, who runs a stable with her father, is Madly In Love with O’Keefe, and has been, since she was a child. Her other passion is horses; from the start she knew Dan Patch was unique, and she never treats him as a mere Source Of Income.

Warrick, on the other hand, detests everything about horses because of the Smell.

As for O’Keefe, he’s a Man Of Honour and won’t allow himself to entertain Notions about Russell.

This is the track upon which the film races. It sounds tiresome on paper, but it’s not when you watch it, and that may be due to the performances. O’Keefe is convincing as a man torn between his own dreams and his wife’s grandiose Plans, while Russell is completely winsome as a gifted horse trainer.

As for Warrick, she has the thankless role of the Woman You Love To Hate, but she infuses her character with dignity, never succumbing to whininess.

Also: This film also has the fabulous Charlotte Greenwood, which is reason enough to see it. 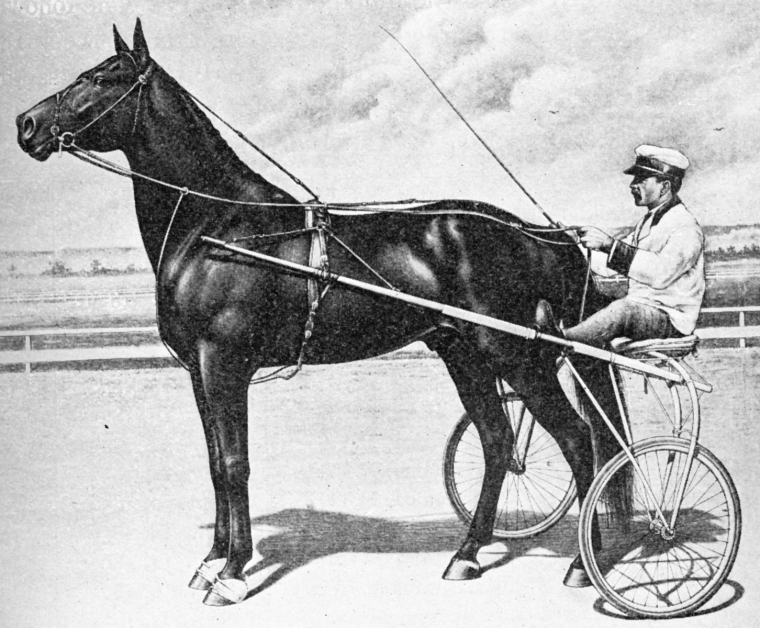 It was filmed at General Service Studios (now known as Sunset Las Palmas Studios), a backlot established in 1919 which was the site of one of the first sound stages in Hollywood.

Big Budget movies were made at this studio – films starring Cary Grant and the Marx Brothers, for example – but many economical productions were made here, too.

Which brings us to the big question: How on earth does a melodrama with Limited Means turn out to be such a surprisingly good film? Even a mediocre print quality, like the one we saw, doesn’t diminish the story at all.

Maybe, like its namesake, The Great Dan Patch has the inherent ability to be a winner.