The Cynic’s Guide to Politics

Many in the western world believe society is progressive; that is, each generation improves upon the previous one.

While this outlook may apply to medicine and dessert, we’re not convinced it applies to politics.

For example, look at All the King’s Men (1949), a gritty, unvarnished film about political corruption and the ensuing casualties.

Broderick Crawford, in an Oscar-winning performance, plays the politician in question, a backwater hick who begins his illustrious career sans prospects or connections. At first, he’s regarded as an amusing patsy by the Political Machine, a man for the Establishment to mock. However, Crawford is no ordinary rube; with a gruelling regimen of study and hard work, he becomes a lawyer and, eventually governor of his state.

Once you’ve gained power, keeping it becomes the prime directive. Fortunately, history provides time-honoured tactics that are still used today, such as maligning and/or silencing your opponents, and employing staff to keep your hands clean.

It’s especially dirty business in Crawford’s state, where poverty is rampant and political bullies work to keep it That Way. 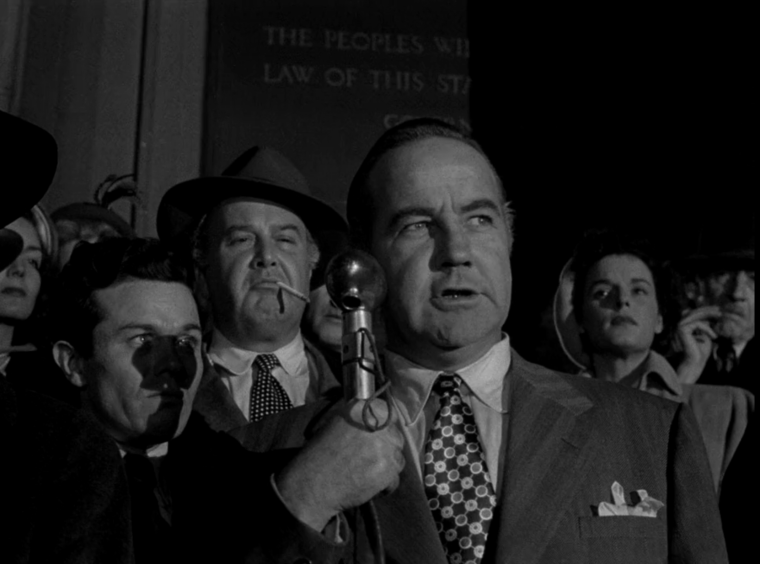 Man of the People: Image IMDb

As you may have guessed, All the King’s Men is not a film that restores your faith in humanity. Almost everyone here allows themselves to become corrupted to some extent so they can profit from one man’s success.

As for Crawford’s character, he’s remarkably unconcerned about steamrolling loved ones once he becomes governor. Some of the bodies crushed by his momentum are:

Crawford-as-Public-Figure presents himself as a decent, upstanding man of the People, except he’s not; he talks and acts like a gangster. He has “boys” who Rough Up opponents, and he hires a “researcher” (John Ireland) to Dig Up Dirt on political enemies.

Crawford is perfectly cast as the populist politician. He has shifty eyes and a menacing smirk, as though he measures all the angles all the time. He is the very definition of Calculating.

For example, look at his reaction when he learns of sudden impeachment proceedings against him. Crawford races to the capital building – the driver can’t go fast enough! – yet, as he steps out of the car and into the anxious crowd awaiting news on the impeachment vote, he is calm and steely. “What’s the score?” he asks, as though arriving late at a football game.

One question the movie raises is: Can a person do good while using corrupt methods? Crawford’s character builds roads, schools and hospitals, all of which improve the average person’s Standard Of Living.

But his generosity is expensive. Even though citizens receive health care free of charge, they pay for it in other ways. 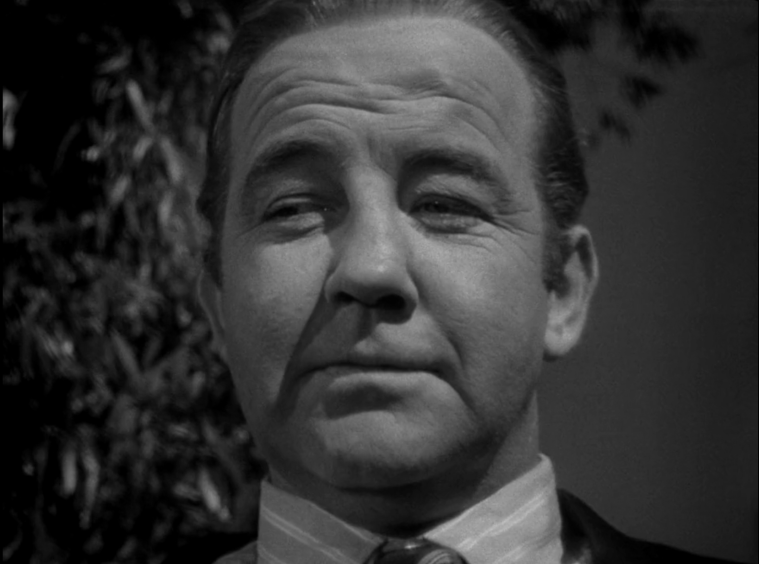 Would you trust this man? Image: IMDb

All the King’s Men was adapted from the Pulitzer-Prize winning novel by Robert Penn Warren which is, in part, the study of a political figure who resembles controversial Louisiana governor Huey Long. Long served as governor from 1928-1932, then was elected U.S. senator. He was assassinated in 1935.

This film was remade in 2006, starring Sean Penn. As good as the remake is, the 1949 version is more powerful, in our opinion, with stark black-and-white imagery and memorable performances. It was nominated for seven Academy Awards, winning Best Picture, Best Actor, and Best Supporting Actress for McCambridge.

It also has a message that is, sadly, still relevant – 70 years later.

This post is part of The Anniversary Blogathon, hosted by the Classic Movie Blog Association. 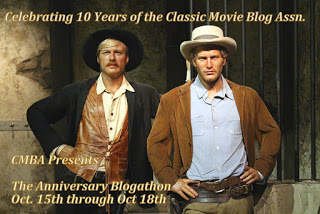