The Blind Spots of a Big Ego

A big ego is insufferable at the best of times, but a person can tolerate it if there are Results.

For example, if someone is all High And Mighty about their math powers, but displays superior multiplication skills, then one must accept the inevitable conceit.

However. If a person has a big ego without skill or talent, then it’s a Different Story, and, if the situation isn’t too annoying, it can be amusing.

Vincent Price plays such an egomaniac in the offbeat western comedy, Last Call at Cactus Creek (1950). Price has a supporting role as a hammy, self-deluded actor in a travelling theatre troupe.

This is troupe is entirely without prestige. Instead of touring by rail to prestigious venues in major cities, these performers shlep around by stagecoach to backwater towns no one’s ever Heard Of.

Price’s character, an actor who claims to have a background in the Thea-tah, tells everyone he’s sacrificing his career to bring Dramatic Works to western rubes.

In the meantime, a gang of opportunistic outlaws decide to use the troupe as a cover for their criminal activities. 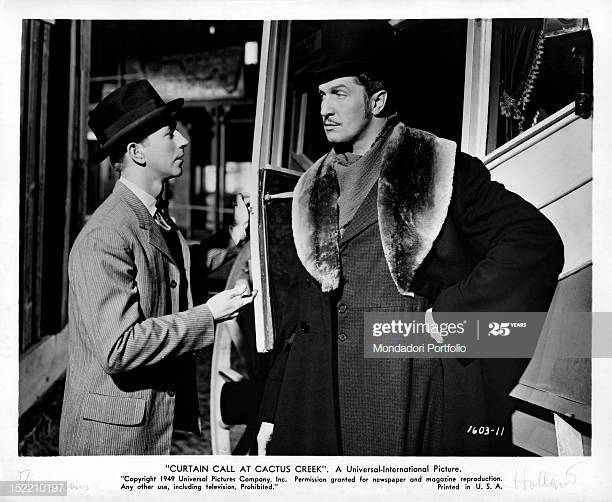 Price is not the star of this film; that would be Donald O’Connor, who plays the troupe’s energetic advance man + stage manager. This is O’Connor’s film, and he’s marvellous as a young man slowly losing his admiration of Price, but doesn’t yet realize he has more talent than the rest of the troupe put together.

Some of the best scenes in the film are O’Connor mentoring his replacement and mimicking the disdainful Price.

Happily, Price gets his comeuppance regularly, thanks to fellow performer Eve Arden. Price calls her a second-rate music hall performer, but this doesn’t upset her. “With what I had a few years ago,” she quips, “I didn’t need any talent.”

Price is the worst kind of over-actor – the kind who thinks he’s brilliant – and he has a habit of quoting Shakespeare, chapter and verse. For example, he claims millionaire John Jacob Astor personally asked him for a private performance, and his response is magnificent: “’No, Mr. Astor. My art is for the world to see, not for the few. I am not in the role of the common man.’ Henry IV, Act III, Scene 1.”

His perceived talent is one of his gaping blind spots, and Price gives us an amusing smugness, as in: He’s the man we Love To Hate.

The other blind spot is not so amusing, and that is his character’s meanness towards those he feels are beneath him, e.g. O’Connor.

Price keeps O’Connor in a subordinate role by telling him he doesn’t have any abilities – and expects O’Connor to be grateful for this assessment. “You should get down on your hands and knees and thank me,” Price says without a hint of irony.

It is this treatment of his fellow troupe members that makes him as much a villain as the bank robbers. 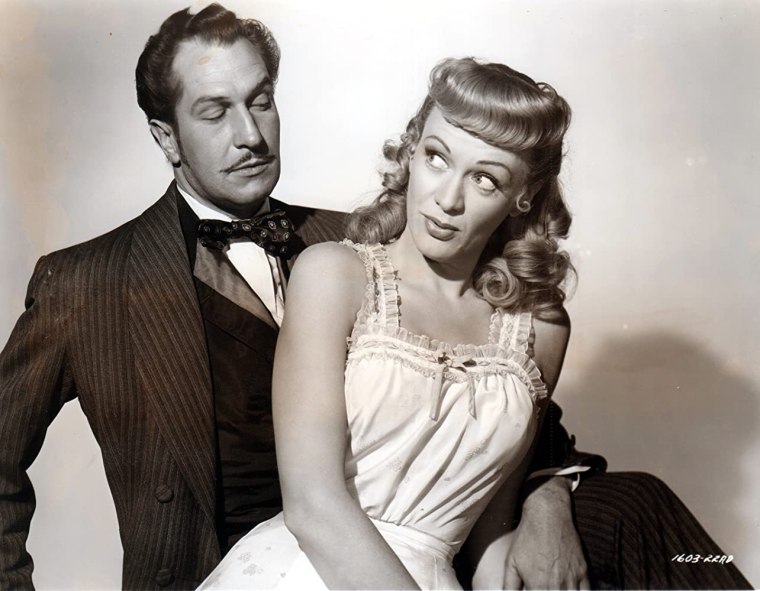 Price is no match for Eve Arden. Image: IMDb

Frankly, we could listen to Vincent Price read a coding manual and we’d be enthralled. We always felt he had an exceptionally clear voice with a soupçon of smarmy condescension. In Last Call at Cactus Creek, it’s clear he’s having a lot of fun.

He was more than just a pretty Hollywood face. He studied English and Art History at Yale University, and he gifted works of art from his own collection – along with plenty o’ cash – to establish the Vincent Price Art Museum in California.

He was also a gourmet cook, and he and his second wife, Mary, wrote several cookbooks, the most popular of which is still available online.

He also left us a varied collection of films to enjoy, including Curtain Call at Cactus Creek. We hope you’ll find the time to enjoy this quirky yarn.

This post is part of THE VINCENT PRICE Blogathon, hosted by Realweegiemidget Reviews and Cinematic Catharsis. 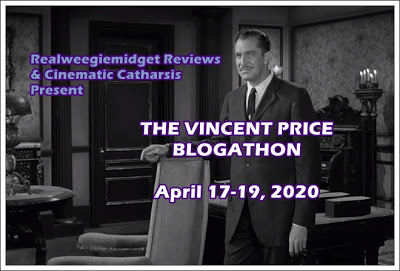 51 Comment on “The Blind Spots of a Big Ego”