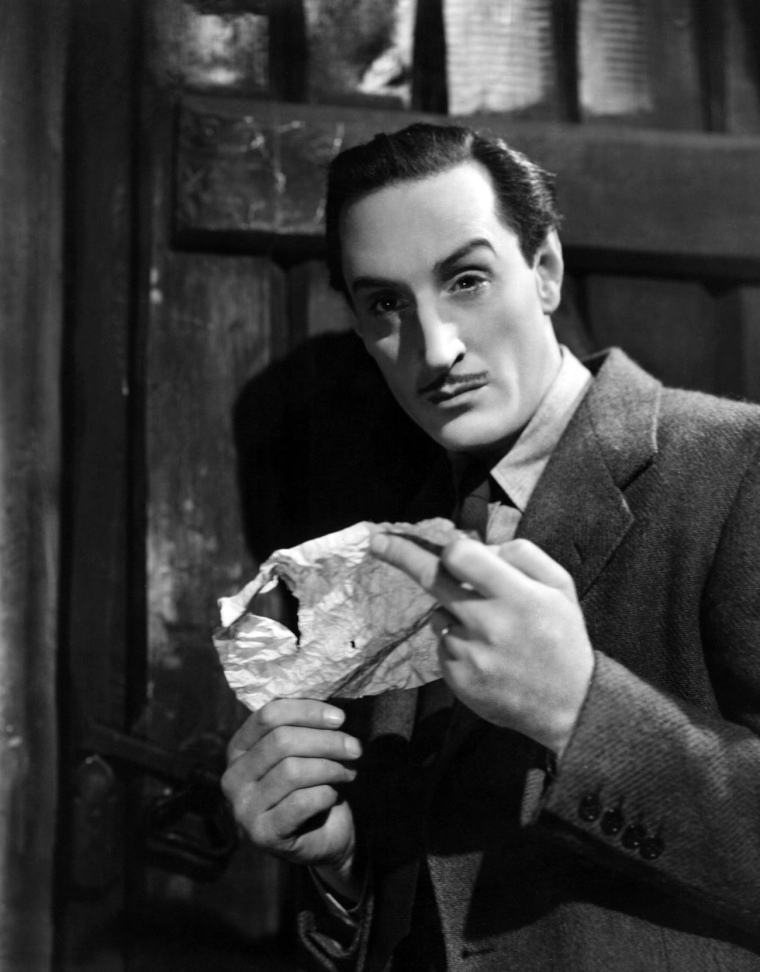 There’s nothing more chilling than a villain with a large vocabulary.

In the 1937 British thriller, Love from a Stranger, Basil Rathbone plays the kind of villain nobody wants to meet in real life. Rathbone’s villain is handsome, suave and articulate. But he would do anything to get your money – including marrying you.

We first meet Rathbone’s gold-digging character when he arrives to view an apartment for rent. The current tenant (Ann Harding) is moving out because she’s just won the lottery – approximately 10 million in today’s dollars.

As he’s snooping around the apartment, Rathbone comments on the view. It reminds him of a more innocent time, he says wistfully, before he became intimate with war and travel and – ahem – wealth.

Harding, freshly broken up with her fiancé, must sail to France the next day to collect her lottery winnings – and look over there! Rathbone just happens to be sailing on the same ship, and surprises her with French pastries while she lounges on the deck.

Let’s analyze this for a minute. A handsome man brings you French pastries, and insists he show you the glam side of Paris. Really, you can’t fault Harding for falling in love with him.

However, we the audience know that Rathbone is up to no good. Even Harding’s ex-fiancé (Bruce Seaton) warns her, astutely pointing out she knows nothing about Rathbone.

But our man Rathbone is able to dismiss all this negativity. He not only has the vocabulary to manipulate, he has the acting chops too.

In one scene, Harding discovers Rathbone slumped at his desk, head resting on his hands in utter despair. His claims a bank draft has been held up, and now he can’t pay for their new house. Harding insists she pay for the house, and suddenly Rathbone produces all sorts of papers for her to sign. His voice is smooth and reassuring: No need to read this, darling, just sign here.

But Rathbone’s villain is more dangerous than that. We soon become aware of his mental state, and it is not reassuring. 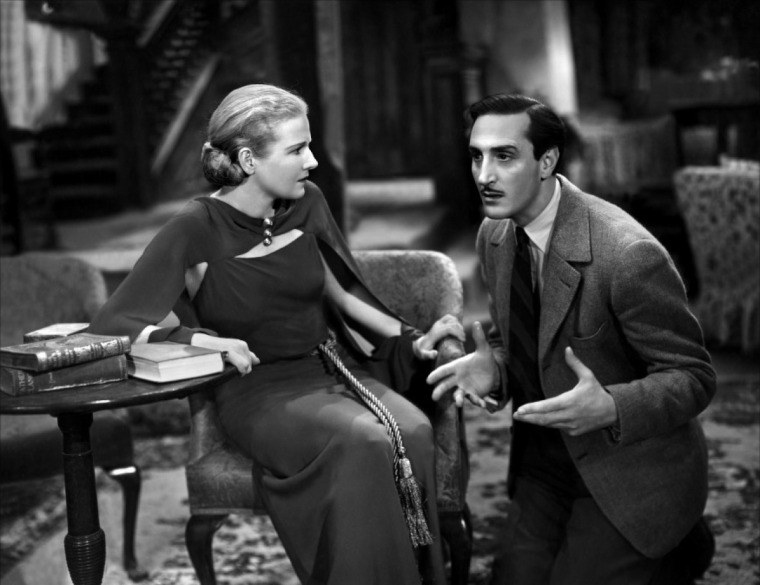 Rathbone says he’s an amateur photographer and has claimed the cellar in the new house for his workroom. Specifically, he calls it a “dark room”, which is not unusual, but the way he says it, a slight chill goes down your spine.

He tells Harding he plays music when he’s working in the cellar, because his mind spins with noise and memories of the war. “Suddenly the noise changes into the music, turning my first terror into ecstasy,” he cries, beads of perspiration on his face.

It’s as though Rathbone springs a leak after this unexpected confession, and he’s suddenly spouting all kinds of ego-centric philosophies. For example:

From this point on, Harding frequently gives Rathbone the side-eye – and rightly so. Harding’s character is smart and capable, but we’re not certain if she’s any match for Rathbone’s madness.

Love from a Stranger was also released as A Night of Terror. It was adapted from a stage play by Frank Vosper, and is based on a short story by Agatha Christie. It has a rather ridiculous and convenient ending, but Rathbone’s performance is pure entertainment. If you enjoy Rathbone in a sinister role, you’ll want to see this film.