Have you ever wanted to be in the movies?

Once upon a time, we (as in, yours truly) wondered if we could be an actress. Sadly, our acting career went no further than the role of Concerned Citizen in a public service announcement.

But in the comedy It’s a Great Feeling (1949), Doris Day plays a waitress who has a real chance at making it in Hollywood. This is a movie about movies, and it allows a person to live semi-vicariously through Day’s star-making experiences.

Day is a small-town girl from Wisconsin, who has been working at the Warner Bros. commissary for Three! Long! Months! without an audition. She’s fed up and decides to return to Wisconsin to marry her boyfriend.

However, her life changes the day she is asked to bring a lunch tray to actor Jack Carson‘s dressing room. Carson, starring as himself, has been hired as director of an upcoming musical comedy.

(Carson is named director by default, because none of the studio directors will work with him. In a delightful meta moment, the director of It’s a Great Feeling, David Butler, storms out of the producer’s office threatening to quit if he has to work with Carson.)

But Day, ladened with commissary lunch tray, finds Carson in his dressing room, fretting about casting for his musical comedy. No sooner has she set down said tray, however, than she locks the door behind her. “Uh oh,” says Carson, looking directly into the camera, “I feel an audition coming on.” 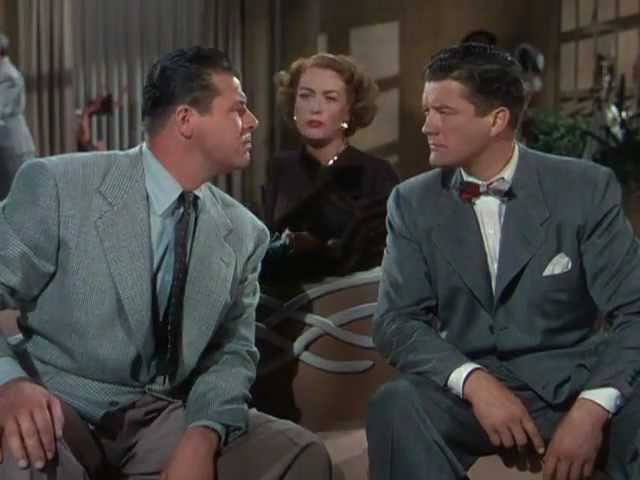 Carson quickly realizes he can use Day for his own diabolical purposes. With a little coaching, he sends her to actor Dennis Morgan‘s dressing room to persuade him to sign with Carson’s film project.

It’s a Great Feeling was the eleventh time Jack Carson and Dennis Morgan starred together. Now, you’ll find a lot of online chatter about Carson and Morgan being the Warner Bros. answer to the Bob Hope and Bing Crosby comedy team…and how they’re not Hope and Crosby. To that we say, Pffft!

As much as we love Hope and Crosby, we are equally enamored with Carson and Morgan. It’s a Great Feeling is a madcap film tailor-made for the pair, with laugh-out-loud lines and lots of cameos including, but not limited to, Gary Cooper, Joan Crawford and Edward G. Robinson.

As for Doris Day, this was her third Hollywood film – and her third with then-boyfriend Carson. She’s a charming foil for his bombastic ambitions.

It’s a Great Feeling is not a philosophical exploration of Method Acting or Film As Art. Nay, it’s a fun, self-mocking romp.

Yet, it’s not without cleverness.

It’s a Great Feeling is actually a crash course in the workings of the Studio System. The film opens with shots of the Warner Bros. backlot before we’re taken to Producer Arthur Freed’s office. We see Freed frantically trying to find a director for the Carson film.

Once the director is chosen (in this case, Carson), actors are selected and contracts are signed. Auditions are filmed, songs are recorded, and Day is given a new hair colour.

One of the best scenes is a send-up of the studio’s publicity department, and their ability to invent an outrageous family history when introducing a new actress to the press.

You could argue It’s a Great Feeling is self-serving (true), but it also shows Hollywood filmmakers who are able to laugh at themselves.

This post is an embarrassingly late entry to the Classic Movie Ice Cream Social Blogathon hosted by Movies, Silently. Click HERE to see a list of the fab entries. 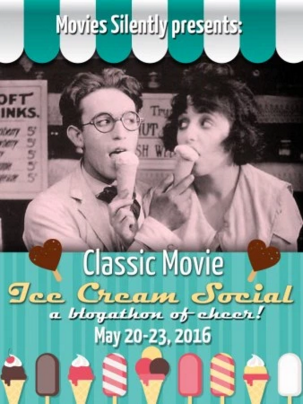 19 Comment on “The Doris Day Guide to Making Movies”