Buster Keaton and the Hard Work of Failure 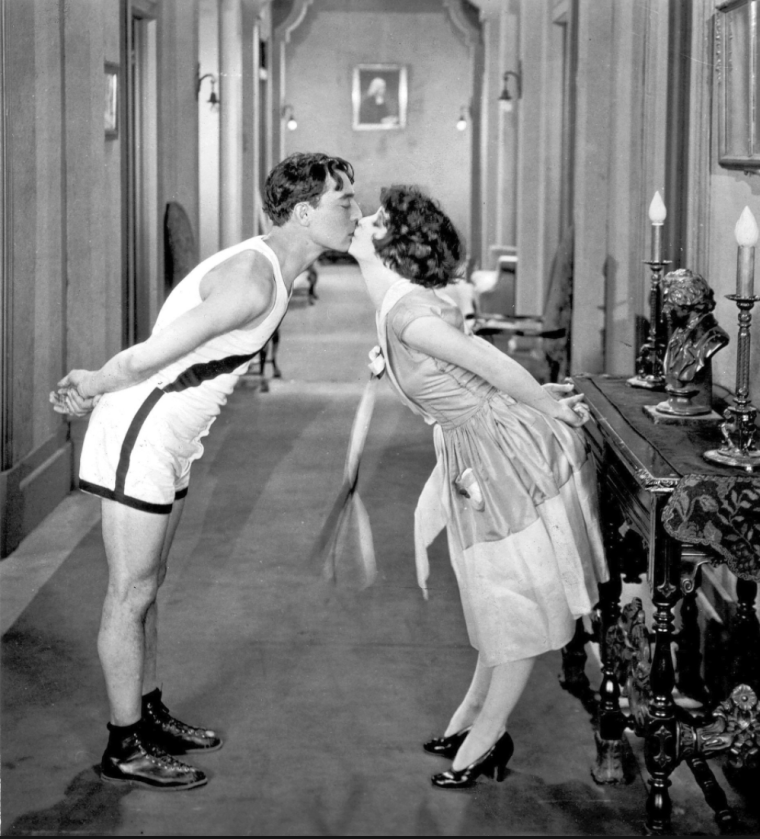 Have you ever worked really hard at something, only to see it fail?

We (as in, yours truly) have racked up loads of spectacular failures. Some were easy, while others required herculean effort.

That’s why we admire Buster Keaton‘s character in College (1927). Keaton plays a bookish college freshman who tries to join a college sports team – any sports team – to impress the girl he loves (Anne Cornwall). However, his lack of athletic ability makes this a near-impossible quest.

As the film opens, Keaton receives an academic award at his high school graduation, and he gives a little speech. “The student who wastes his time on athletics rather than study shows only ignorance,” he says. “Future generations depend upon brains and not upon jumping the discus or hurdling the javelin.”

Keaton quickly realizes his speech has alienated every sportsman in the vicinity, including Cornwall. Not only that, his reputation as an academic snob beats him to college, and he is welcomed with scorn by his fellow students. They refer to him as “The Crown Prince” and “Little Lord Fauntleroy”.

Nevertheless, Keaton is desperate to impress Cornwall, and he embarks on a mission to become an Athlete. His efforts prove unsuccessful.

In addition to this, Keaton must find employment to pay for his education. This proves futile as well, because he’s terrified of being seen by one of his wealthy classmates, i.e. Cornwall, which leads to a variety of fireable offences.

(Note: In one scene, Keaton appears in blackface to get a job as a waiter. When his co-workers uncover his deception, they run him out of the restaurant – and rightly so.)

To all the world, Keaton’s character appears to be a washout.

The joke’s on us, of course, because Keaton performs outstanding feats while he “fails” at sports. (See Exhibit “A”, above.)

This is what his sporting missteps look like: amusing, unexpected, delightful. But also: clever, precise, choreographed.

In one scene, he tries hurdling. He topples the hurdles as he lunges over them, but he never gets tripped up or tangled. He maintains his graceful gait. (He knocks over all hurdles, except the last, which he pushes over by hand. One might as well make it a complete set.)

In another scene, his spiteful classmates ambush him with a blanket and use it to toss him up and down in the air. Keaton bounces nearly two stories high on this blanket, and he never stumbles or loses balance. For a hapless lad caught in a prank, he’s got symmetry.

Keaton finally finds his niche as the coxswain of the school rowing team. Much to the chagrin of his teammates, this discovery is made on the day of the Big Championship Race.

But Keaton Saves The Day. When the rudder breaks off during the race, Keaton attaches it to himself, then climbs onto the end of the boat. Without rocking or tipping the vessel, he turns himself into a rudder and uses his legs to steer the craft.

We knew he had it in him all along. 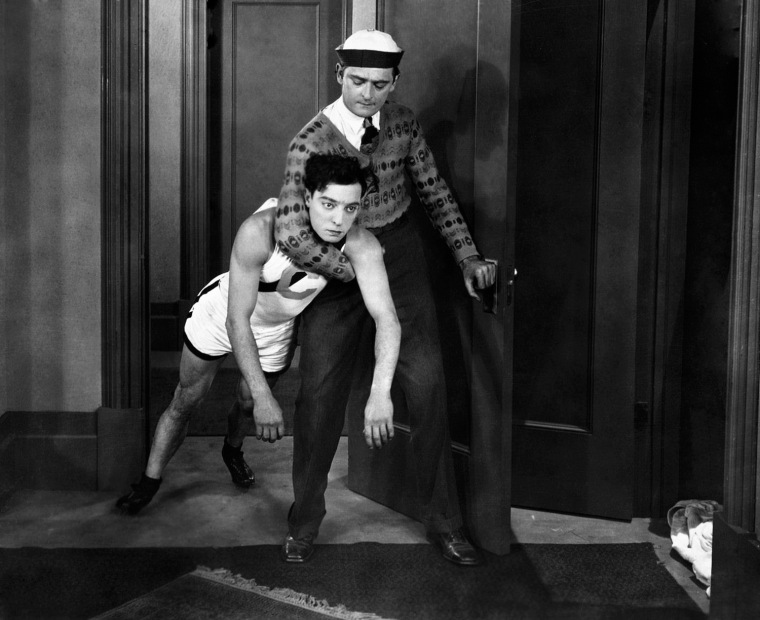 Keaton is bullied by a rival. Image: Dr. Macro

It can’t be overstated that Keaton’s character fails at everything: romance, sports, employment, friendship. Even his grades suffer.

But he never gives up.

Nor does he shirk from doing the Right Thing. When Cornwall becomes locked in her dorm room by her jealous boyfriend (Harold Goodwin), Keaton rushes to her rescue. In doing so, he uses his newly-acquired track and field skills: sprinting, hurdling, high jumping and, finally, pole vaulting through her window.

His character does not allow failure to define him. As difficult as it is, Keaton accepts setbacks and immediately pursues other strategies. He is the very definition of resilience.

While College is not Buster Keaton’s most admired film, its themes of perseverance resonate with all of us – whether we be athletes or no.

This is part of THE BUSTER KEATON BLOGATHON hosted by Silent-ology.

41 Comment on “Buster Keaton and the Hard Work of Failure”