Director John Ford was famous, in part, for his westerns.

Indeed, he made John Wayne a superstar in 1939’s Stagecoach, and his filmography includes The Man Who Shot Liberty Valance, Fort Apache and My Darling Clementine.

But he was not awarded any directing Oscars for his westerns. Two of these Oscar-winning films were set in Ireland, one in Wales, and one in Depression-era California.

Ford could be churlish, and tough on his actors, but his films were visual poems with striking compositions. Biographer Scott Eyman says, “[He] delighted in pretending to be a roughneck, but his films show that he was deeply tender and sensitive.”¹

This made him the ideal director for the film adaptation of John Steinbeck’s controversial novel, The Grapes of Wrath, for which he won an Oscar. This novel, says film critic Roger Ebert, was “arguably the most effective social document of the 1930s”.²

The novel’s social scrutiny was left intact in the film version. According to Ebert, the film “is a left-wing parable, directed by a right-wing American director”.³ 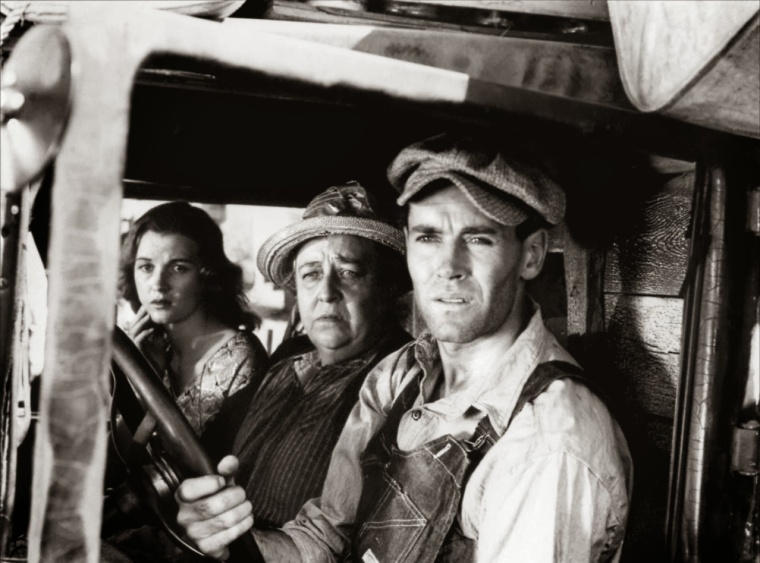 The Grapes of Wrath, the book, had a polarizing effect on the American public. Steinbeck was vilified by some Californians – and was placed under FBI surveillance – while bookstores in Oklahoma couldn’t keep the novel in stock. The book won both the National Book Award and a Pulitzer Prize. Since it was first published in 1939, it has sold over 14 million copies.4

The Oscar-nominated film was released in 1940. It follows the Joads, an Oklahoma family who are forced off their farm and journey to California in hopes of finding work. Soon they join thousands of others desperate for the same jobs.

But when the Joads arrive in California, they discover migrant workers are treated callously, wages are lower than advertised, and those who complain are fired.

The Irish-American Ford said, “The whole thing appealed to me – being about simple people – and the story was similar to the famine in Ireland, when they threw the people off the land and left them wandering on the roads to starve.”5

Even so, he said he didn’t intend to make a social commentary. “I was only interested in the Joad family as characters,” he said. “I was sympathetic to people like the Joads, and contributed a lot of money to them, but I was not interested in Grapes as a societal study.”6

But what is a societal study, if not an examination of people? 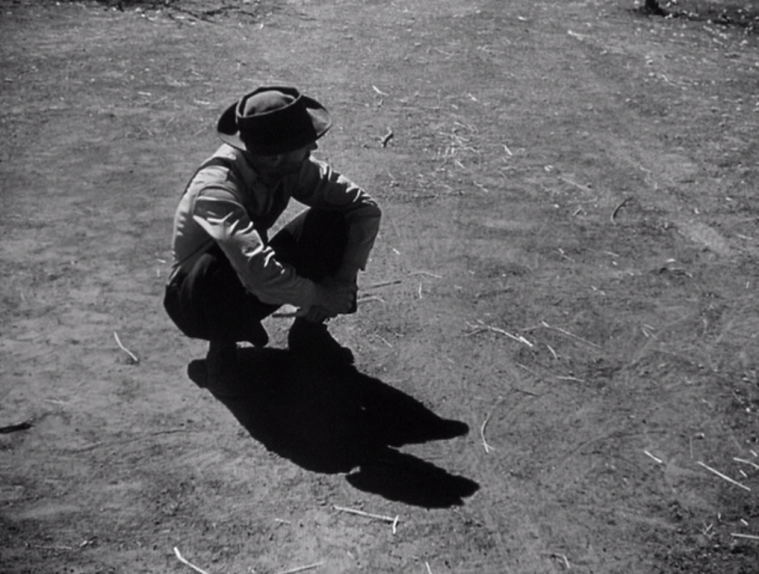 The film is a poem of disintegration. Hope for the future, like the family itself, starts to crumble when the Joads arrive in California. Ford’s camera, with stark and powerful images, documents the unravelling of the family and, by extension, the social fabric of America.

It’s a lyrical study of a family’s pain, outrage, and desperation.

“[John] Ford’s movies are less about what the main character will do than they are about the mysterious question of what he actually is,” writes Eyman.7

The Grapes of Wrath is that kind of story, where the Poor are crushed by institutions shielding the Rich. How far can the Poor be pushed? What happens when they’re pushed Too Far?

The film is considered to be one of the greatest American films ever made, and SPOILER! the ending offers a fairly optimistic outlook. We hope you find the chance to see it.

31 Comment on “The Visual Poetry of Director John Ford”