The Babylonian Arch on Hollywood Blvd.

This is the Hollywood and Highland shopping centre at 6801 Hollywood Blvd., Los Angeles.

Look at the archway. It’s a 12-storey structure based on the Babylonian set from the 1916 film, Intolerance: Love’s Struggle Throughout the Ages, and it’s built to scale.

Another day in Babylon. Image: Imgur

It was. Historian Gary Krist, author of The Mirage Factory, says at the time, Intolerance “had already taken longer to shoot than any other motion picture in history”.¹ Director D.W. Griffith started shooting the film in October 1914, and he was still at it in the spring of 1916.

Because production was taking so long, Krist says Griffith resorted to selling shares after his New York backer cut off funding, and other long-time investors started to panic. Griffith assured everyone his new film would be a bigger hit than his previous project, The Birth of a Nation.

It wasn’t. Griffith’s new film was eight hours long, but he was forced to chop it down to three, because what theatre owner wants to show an eight-hour movie*?

Then the film received mixed reviews; audiences felt the story was “disconnected”. The New York Times, for instance, found it incoherent and wondered about “the questionable taste of some of the scenes, and the cheap banalities into which it sometimes lapses.”²

Although the film was enthusiastically received during its New York premiere – and, later, in Europe – ticket sales soon flatlined. The losses weren’t Completely Ruinous for Griffith, but he was left with some onerous debt.

A knock in the middle of the night. Image: Brandon’s Movie Memory

Basically, Intolerance is a catalogue of human suffering. Among its themes are imprisonment and abandonment, oppression and persecution, theft and betrayal.

Curiously, most of the main characters are women at odds with Authorities.

Griffith is impressively consistent with the pacing of each story, and when the action intensifies in one, it intensifies in all. So when a crisis arises in Babylon, for example, we’re bounced into Paris to see the situation deteriorating there, too.

Being flung in and out of historical eras, we discovered, is unexpectedly exhilarating. 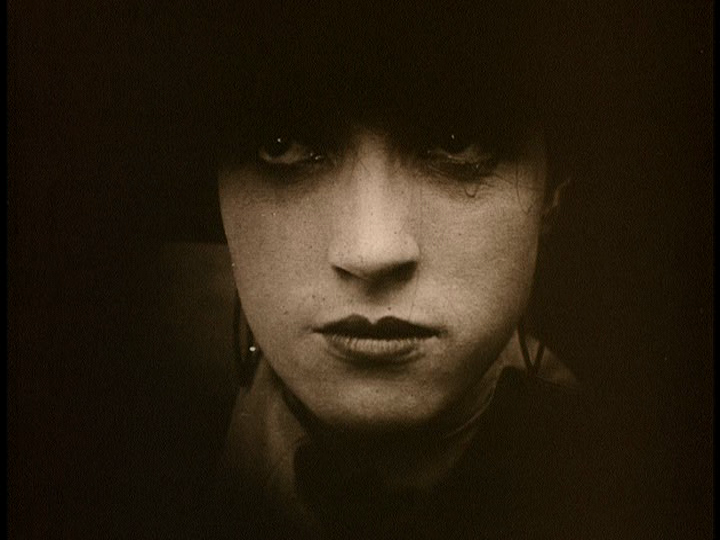 Why did Griffith make Intolerance?

According to author Krist, “[T]he film would be in some way a response to those who had attacked his treatment of black characters in Birth – attacks that he regarded as a kind of intolerance.”³

Ah, yes, the controversial The Birth of a Nation (1915), the anti-miscegenation film of grandeur and tribute to the Klu Klux Klan. Discussion of this film is beyond our scope today, but you can read essays here and here.

Griffith felt charges of racism were unfair. Griffith cinematographer, Billy Blitzer, said, “He was smarting from the charges of racial prejudice…[and] was hell-bent to answer his critics with the greatest movie ever made on this theme – intolerance.”4

If this is true, then Griffith must have felt persecuted indeed, judging by one of the title cards at the beginning of the film: “Each story shows how hatred and intolerance, through all the ages, have battled against love and charity.”

And what of that gorgeous Babylonian set with its 200-foot-high archway?

Griffith didn’t immediately dispose of the set, although he did use some of the ruins in his film, Hearts of the World (1918). He didn’t have the funds – and/or the desire – to pay for its destruction.

The LA Fire Department designated the set a fire hazard and ordered its removal. Yet, it remained on Sunset Blvd., deteriorating, until 1919 when it was finally torn down. Today it’s the site of the Vista Theater, which opened in 1923.

Intolerance is now called a landmark by many film historians, and the AFI placed it at #49 on its list of 100 Greatest American Films of All Time.

As for the Hollywood and Highland Center, it opened in 2001 as part of a campaign to revitalize Hollywood Boulevard.

*Griffith’s plan was to show the movie in two parts during two successive evenings.