How to Be an Homme Fatale 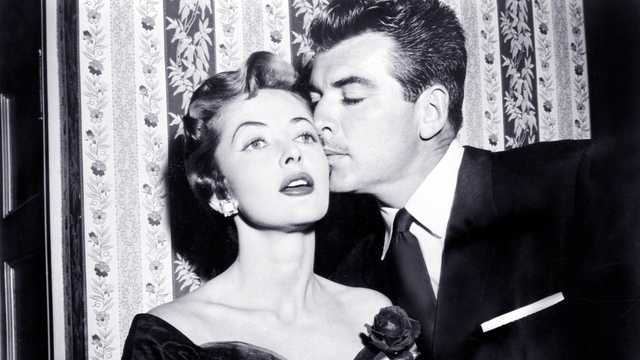 We all know having a job is for suckers.

It’s much better to seduce a rich person and take their money. After all, why should they be rich while others languish in poverty? It isn’t fair.

Now, many people accuse women of being gold diggers, but that’s old-fashioned thinking. Men can be just as effective as women, and we’ll show you how.

Our guide today is the 1955 film noir The Big Bluff, starring Martha Vickers as the mark and John Bromfield as the homme fatale, a man who uses his looks and charm to manipulate women.

Bromfield quickly calculates Vickers’s Net Worth and immediately swings into action. Here’s a chance to score a few million bucks – and because he’s handsome and charming, Vickers will gladly hand it over. It’s a Win-Win!

He also can’t wait to tell his girlfriend (Rosemarie Stack), a woman ready to leave her husband as soon as Bromfield gets his mitts on the dough.

Many would call Bromfield a scheming gadabout, but that’s not quite true. He has Responsibilities and Financial Goals; he’s not doing this for a lark. Is it his fault women are dazzled and beguiled by him?

But get this: Vickers has been diagnosed with a heart condition, and has only a few months Left.

Bromfield can’t believe his luck when he discovers this medical tidbit. Not only that, Vickers herself insists on marrying him! Now he can live on Vickers’s resources while keeping girlfriend Stack waiting on the Other Line.

Bromfield’s job is to keep Vickers amused as he nudges her towards the grave, all the while voicing concerns about her health.

It looks easy, but it ain’t. In fact, it’s a lot of work. So, in the end, nobody can say he didn’t earn the moola.

Here are a few things to learn from Bromfield’s character.

Alas, for all of Bromfield’s carefully-laid plans, there is one thing nobody counted on, not Bromfield and certainly not we, the audience.

Vickers regains her health. Her marriage to Bromfield improves her condition so much she’s overcome her dire prognosis. Barring any unforeseen accident, the doctor says she’ll live for decades.

Naturally this is unpleasant news for Bromfield, and he must develop a more efficient Plan. Nobody wanted this to be uglier than necessary, but Bromfield is left with No Other Choice.

That’s all we’re going to tell you. You’ll have to watch the film for yourself to see what happens. And if you’re planning to become an homme fatale, take note of John Bromfield’s superb performance.

This post is part of the CMBA 2019 SPRING BLOGATHON.