How Fred Astaire Kept Busy After His Sister’s Retirement 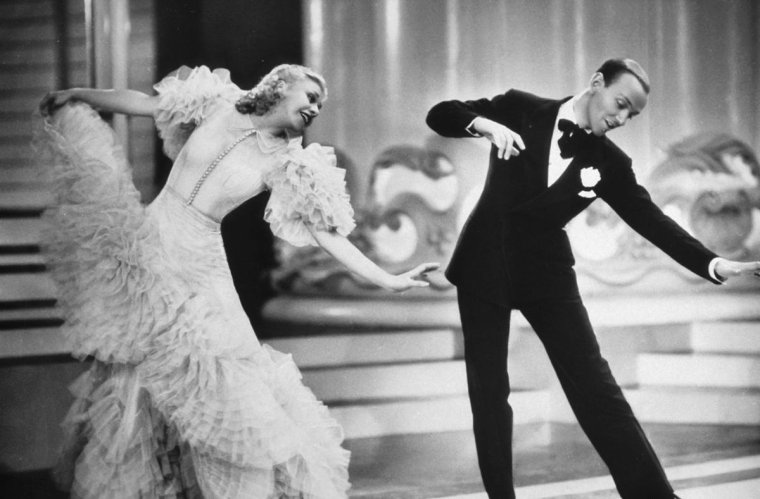 If you’ve been on the Paramount Studios tour, you’ve likely seen the old RKO studio backlot that was sold to Paramount in the late 1960s.

Your guide might have shared obscure bits of studio history, e.g. stories about the old RKO dining room that was festooned with mirrors so folks could see who was talking with whom. Or how Fred Astaire and Ginger Rogers would sometimes use the dining room for dance practice.

You know those Astaire-Rogers musicals: Those of luminous costumes, witty lines, and dazzling dance routines. Hours must have been spent in rehearsals, but their dancing seems so natural, it feels 100% organic.

Take, for example, their 1935 musical comedy, Top Hat, a wildly unrealistic romp with lavish sets, mistaken identities, and a sword-wielding clothing designer. Ginger here is glamorous and funny, a perfect foil for Fred.

As for our Fred, he’s confident and captivating. After all, Hollywood movies comprise Act II of his remarkable career.

The Austerlitz siblings were born in Omaha, and exhibited talent from the Get-Go. Adele was the first to be enrolled in dance class where she wowed ’em with her abilities. Her parents enrolled Fred, too, partly because they worried about his fragile health; they hoped dance would improve his strength and vigour.

In 1905, the Austerlitzes moved to New York, changed their surname to Astaire, and sought to develop the children’s talents. The father returned to Omaha for a time, to work and support the family, while his wife and children immersed themselves in the NYC performing arts scene.

Later that same year, Adele and Fred began their vaudeville career – at the Ripe Old Ages of nine and five respectively.

Adele’s name appeared first on the bills. “Patriarchal convention determined that the younger Fred should receive first billing,” writes Katheleen Riley, author of The Astaires: Fred & Adele, “but Adele was indisputably the leader on and off the stage….Adele was the one who could dazzle effortlessly through sheer force of personality…”¹

This is not to say Fred was without talent, of course. It was not for nothing he later became a legendary film star.

The pair spent laborious years on the Orpheum vaudeville circuit. “[T]he very things that could make vaudeville such a demoralizing business were also what made it an invaluable training ground,”² says Riley.

There was no way these two weren’t going to End Up on Broadway, which they did in 1917, and they soon became audience favourites.

“Adele gave high-spirited performances, delighting audiences with her zany humor,” says Wikipedia. “Fred developed his own more understated style in response, dancing with a characteristic ‘pretence of nonchalance’ that he would [use] throughout his dancing career.”³

In 1923 Adele and Fred started performing in London’s West End and, not surprisingly, their opening performance received a standing ovation. This begat their international celebritydom.

And it was a Good Run, performing on both sides of the Atlantic, until 1932, when Adele, tired of It All, announced her retirement. She proposed marriage to a titled Englishman, who, naturally, accepted the offer.

As for Fred, what else was a fellow to do? He went to Hollywood and signed a studio contract.

However, RKO had reservations. Studio exec David O. Selznick shared his mixed feelings about Fred’s screen test. “I am uncertain about the man,” he wrote, “but I feel, in spite of his enormous ears and bad chin line, that his charm is so tremendous that it comes through even on this wretched test.”4

Of course RKO got their Money’s Worth out of the deal. Fred was a seasoned expert who knew Entertainment. “While Adele’s star [had been] more radiant,” writes Riley, “Fred supplied the team’s creative energy, choreographic brilliance, and discipline.”5

You can see it in Top Hat, a marvellous film with a stellar cast and crew, and very much deserving of its four Oscar nominations.6

Yet the film wouldn’t be nearly as spectacular without Fred. When Top Hat was released, he had been an performer for nearly 30 years. He knew what audiences liked.

Besides, it was a good way to keep busy after his partner’s retirement.

This post is part of The FRED ASTAIRE & GINGER ROGERS Blogathon, hosted by Love Letters to Hollywood and In the Good Old Days of Classic Hollywood. 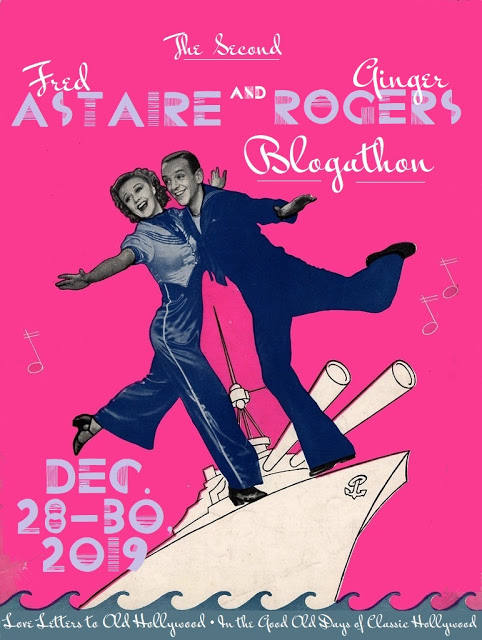