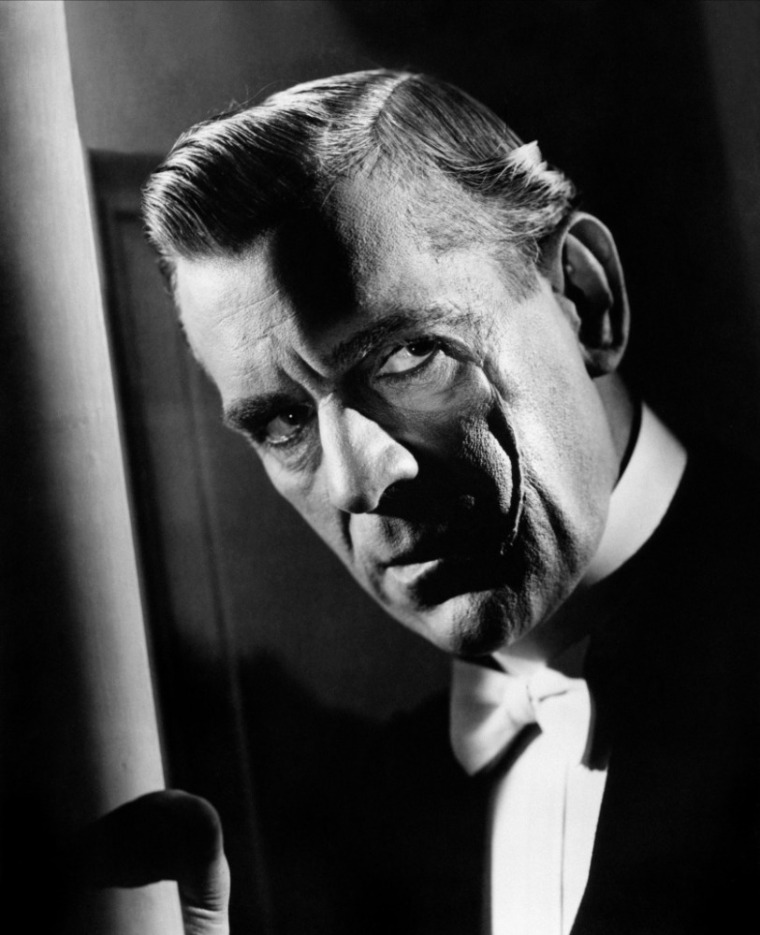 Boris Karloff knows all and sees all. Let’s drink to that!

Gentle Reader, we do not normally advocate drinking games while watching classic movies. Today, however, we are making an exception.

If you’re someone who doesn’t imbibe spirits, do not fear! You may still join us with the soft drink of your choice. At the conclusion of the movie, the effect will be the same.

To which movie are we drinking? It’s the 1940 war thriller British Intelligence, starring Boris Karloff and Margaret Lindsay.

This is a film about British and German agents who spy on the opposing government, and on each other. These are very busy spies; they do not eat, shop, play, read, visit or do anything regular people do. They spy. Period.

This film is supposed to take place during World War I, but the costumes are unmistakably 1940-ish. Maybe this doesn’t bother you, but it bothers us no end. It’s almost as if the filmmakers wanted beat us about the head with a metaphor of another big war. (Now, which one could that be?)

Before we get into the rules of the Drinking Game, here is the basic plot of the film: A female German spy (Lindsay) is sent to England to spy on a family that has Information Useful To The German Government. This family employs a limping French valet (Karloff) who says his wounds are the result of the Germans – blast them!

It’s not long before Karloff and Lindsay discover they are both spies, but for whom are they really spying?

The film has a great cast. Karloff, best known for his portrayal of Frankenstein, is credible as a man you’re never quite sure of. Plus, he has a really creepy way of looking at you sideways, so that you fear what’s going to happen next.

Lindsay, who bears a passing resemblance to Barbara Stanwyck in this film, is such a good sport. She marches through the awful script with the determination to make this a better movie than it has a right to be.

But it’s still a dreadful movie. Which is why it’s necessary to employ the Boris Karloff Drinking Game. Are you ready?

A drink must be taken for…

This constitutes a lot of drinking during the 62 minutes it takes to get through the film. You’d better make sure you’re sitting down – even if you’re just consuming soft drinks.

Do we recommend viewing this movie without the aid of alcohol or caffeine? We do not.

If you’ve already seen British Intelligence and have more recommendations for the Boris Karloff Drinking Game, please let us know. This movie provides a vast wealth of liquid opportunity.