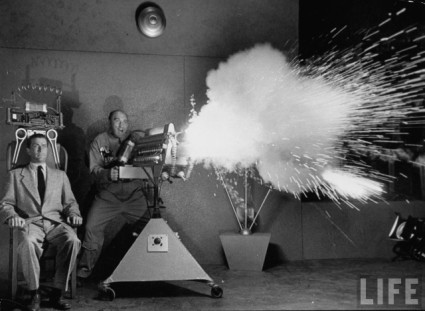 Sometimes making movies is difficult, whether it’s the bickering between the director and lead actor, or the harsh conditions while filming on location. Then there are the box-office bombs that keep studio executives awake at night. Movie Disasters is a loosely-defined look at Hollywood, uh, “missteps”.

“I somewhat reluctantly placed this movie into the ‘Movie Disasters’ category,” writes Century Film Project. “The film is something of a darling of critics and film historians, and…has been seen as important and influential. The question of how, and whether, it ‘bombed’ is a somewhat thorny one.”

Moon in Gemini: The Preventable Box Office Failure of The Magnificent Ambersons (1942) 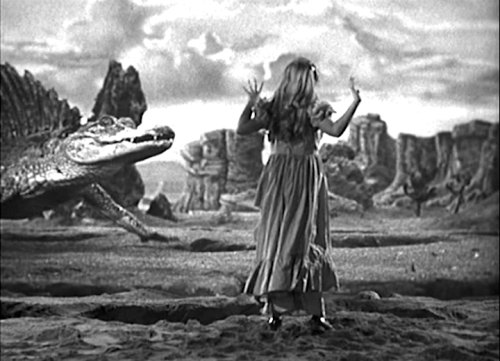 The Last Drive In: Keep Watching the Skies! Science Fiction Cinema of the 1950s

Not all movie disasters are related to the box office; many deal with disasters themselves, as evidence in the marvellous sci-fi films of the 1950s. As The Last Drive In writes, these films included “benevolent visitors from space, dreadful beginnings, unknown worlds, funny men, lone survivors, invisible boxers and killer gorillas.”

The Midnite Drive-In: Debacle in the Desert

“[The Conqueror is] considered one of the worst movies of all time, and definitely the worst movie in which John Wayne was ever  involved,” writes The Midnite Drive-In, “but John Wayne cannot carry the blame for this movie solely on his shoulders.”

The Wonderful World of Colour

Color has been used in film for well over 100 years. The Wonderful World of Color celebrates color innovators, along with larger-than-life color films. We’ll also examine different color techniques, such as tinting, hand-coloring, two and three-color film processes, and glorious Technicolor. 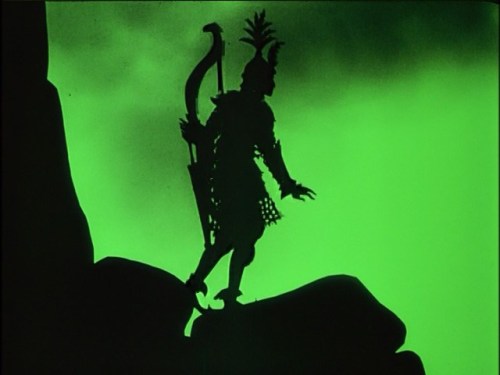 Movies Silently shares her love of colour in early film. “The vast majority of all silent films had at least some sequences of color and most of that color came from tinting and toning,” she writes. “The techniques could set the mood, help tell the story or just help soften the black and white film.”

“The Sound of Music has everything,” writes Reelweegiemidget about the 1965 Technicolor wonder. “[S]inging nuns, a film advertisement from the Austrian Tourist Board, Nazis, a puppet show and even a naval captain of a landlocked country.”

The Lonely Critic: The Leopard

In discussing Technicolor, The Lonely Critic writes, “This process is not known for creating realism onscreen, but it allowed filmmakers to find a painterly beauty within their films, Luchino Visconti’s The Leopard is among such films.” 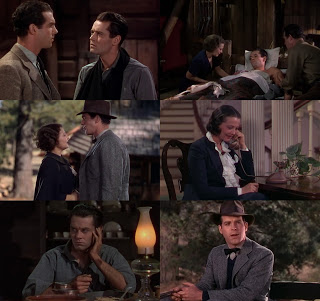 Back to Golden Days: The Restrained Mode of Color Design in The Trail of the Lonesome Pine (1936)

Back to Golden Days looks at the history of colour in film. “Despite its artistic potential, hand-painted film died in its infancy,” she writes. “By the mid-1900s, the average length of motion pictures had increased and the number of exhibition venues demanding prints had multiplied, making the process of coloring films…economically unfeasible.”

Tomorrow, Aurora at Once Upon a Screen will be hosting Day 6: The People (Family Business & A Foreign Affair).