Would you rent a room to this man? Image: The Record

Even though it’s a silent film, you can tell it’s directed by Alfred Hitchcock.

It’s cheeky and tense, the way many of his films are, with unexpected twists.

We’re talking about The Lodger: A Film of the London Fog (1927), based on the 1913 novel by Marie Belloc Lowndes. The story is about a strange and antisocial man (Ivor Novello) who rents a room in a London lodging house while a serial killer is terrorizing the city. It’s a story loosely based on the Jack the Ripper murders in 1888.

The lodging house is run by a middle-class couple (Marie Ault and Arthur Chesney), whose daughter, Daisy (June Tripp), is a fair-haired fashion model. Unluckily for Daisy, her appearance is exactly the type the killer hunts. What’s more unlucky, the killer seems to be operating in her neighborhood and, with each murder, is moving closer to her home.

Daisy’s boyfriend, Joe the Policeman (Malcolm Keen), has been assigned to catch the killer. You might think this is a happy news, but the killer is one clever customer. Each Tuesday, the murderer slays a fair-haired woman and leaves behind a taunting note with the words “THE AVENGER”.

So the movie becomes a web of questions: Will Daisy be stalked by the killer? Will Joe the Policeman find the murderer in time? And who on earth is that weirdo renting the room in lodging house?

This early Hitchcock film has many of the compelling elements of his Hollywood films. Here’s a quick overview:

The Smart, Suspicious Woman
The woman who owns the lodging house notices her reclusive lodger sneaking out of his room at night. At first, the landlady is perplexed by this behaviour, but soon realizes the lodger is establishing a curious pattern. Of course, when she points this out to others, no one believes her.

The Dark Humour
In one scene, Joe the Policeman visits with Daisy in the kitchen, where her mother is rolling out cookie dough. Joe takes the heart-shaped cookie cutter and stabs it into the dough, as though he’s plunging a knife into someone. Just see if you don’t wince when you watch this scene.

The Clues
Hitchcock shows us everything the police (and the landlady) discover but, alas, it’s not enough to make an arrest. However, Alfred Hitchcock is a tricky one; some of the clues he reveals point us in the wrong direction.

The Tension
The murders occur Tuesday nights, as in, every Tuesday night. Each new week brings a new Tuesday – and a new murder. But the police are unable to capture the killer – until they do, and what a surprise it is! 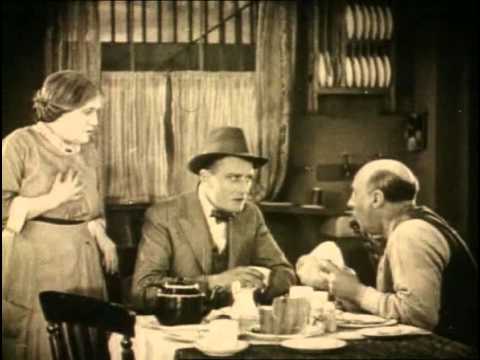 Alfred Hitchcock was 28 years old when The Lodger was released. Many critics regard it as the film where he developed his signature style.

He began his career as a title designer, before becoming an assistant director in 1923; The Lodger was his third feature film as Director. Hitchcock would make 23 films in England before being lured to Hollywood by David O. Selznick in 1939.

The Lodger is not a perfect film, but it is suspenseful and boasts elements of German Expressionism. If you are an Alfred Hitchcock fan, you’ll want to see the film that helped define his style. 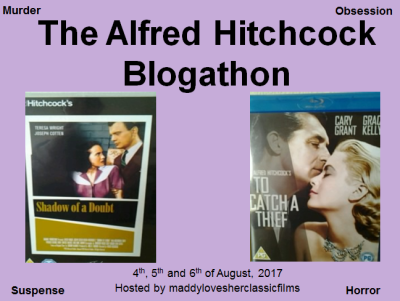