Making a Holiday Film? Watch This One First 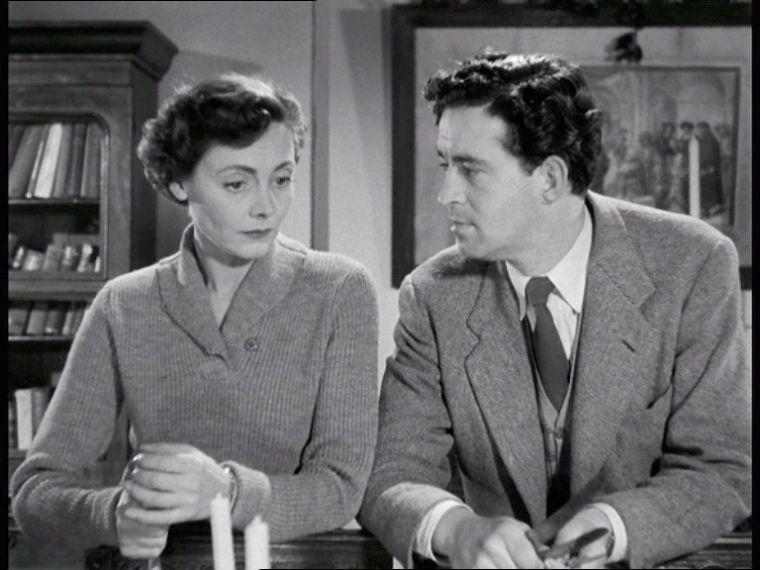 Dear Reader, we can’t wait until your holiday film is in post-production.

We have our favourites, but we’re waiting for your holiday film – the one you’ve written and/or directed and/or starred in. We know you’ll sidestep the usual holiday film clichés.

What’s this? You haven’t started filming? You’re stuck for ideas?

Well, you’ve come to the right place for inspiration. Here’s a little-known British drama from 1952, The Holly and the Ivy. The name is taken from a holiday carol first published in 1710(!); the story is based on the 1950 stage play of the same name.

The film takes place in a rural vicarage, where the recently-widowed vicar (Ralph Richardson) and his daughter (Celia Johnson) prepare to welcome the rest of the family for Christmas.

But there are Secrets lurking in this family, none of which must shared with Richardson. He is, after all, a Man Of The Cloth and, as you know, Men of the Cloth have never heard anything shocking, ever, in their whole lives.

We like this film for three reasons: (1) It’s well written; (2) It’s well acted; and (3) It doesn’t insult your intelligence. 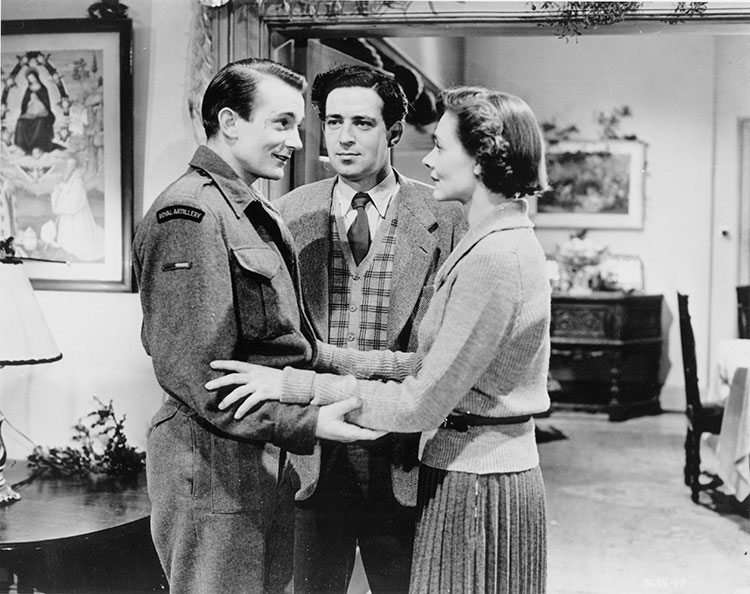 About the script: Because it has an unusual (to us) setting in a vicarage, it automatically raises interesting issues. For example, even though Richardson’s job is to serve the community (and be ready, day or night, should someone die or give birth or get married) no one actually befriends him. “Nobody wants to chat with a parson at the pub,” says one character.

Richardson’s character fights off loneliness with a buoyant personality. But he misses his wife, who died eight months earlier, and he needs someone to care for him: to fuss over his scarf and coat, to find his sermon notes, to expect him home at a certain time. He wants to know he matters to someone.

He depends on his daughter (Johnson), who is secretly engaged to a lovely man (John Gregson). Alas, Gregson has been hired by a firm in South America and, naturally, wants Johnson to join him. But Johnson is torn between caring for her elderly father – If not she, then who? – and being with the man she loves.

Here’s where Acting becomes important. In one scene, Johnson washes the dishes with her onscreen sister (Margaret Leighton). Johnson asks Leighton, a successful fashion journalist based in London, if she can move back home to look after their father. Leighton says, “I’m sorry. That’s out of the question,” but she doesn’t sound very sorry.

Johnson, realizing this signals the end of her engagement (and a terrific adventure in marriage/travel), says, “The whole thing’s over and done with.” She turns on the water faucet and watches it fill the washbasin. It’s an ordinary action, but study Johnson’s face. It’s as though she’s watching her happiness spill out of the faucet and slip down the drain.

Ralph Richardson (L) isn’t sure he wants to hear this. Image: Faded Video

Although The Holly and the Ivy is based on a stage play, it doesn’t feel stage-y. Director George More O’Ferrall cleverly uses the camera to expand the world of the vicarage and pull us inside.

For example, Richardson is at his Christmas tree and he asks his onscreen son (Denholm Elliott) about life in the military. When the topic of Elliott’s drinking arises, Richardson moves to the opposite side of the tree, obscuring his face from his son. It’s an admission of willful ignorance, a refusal to see life the way it really is.

This film is to be applauded for refusing to make a villain out of Richardson or any other character. Although some of these people seem cruel at first, the script shows us why they are the way they are.

Also, the film does not pass judgement. It assumes we’re grownups who can decide for ourselves what we like or don’t.

If you have a couple of hours this holiday season for a gem of a film, we hope you can make time for The Holly and the Ivy. It could serve as inspiration for your own holiday film.

19 Comment on “Making a Holiday Film? Watch This One First”